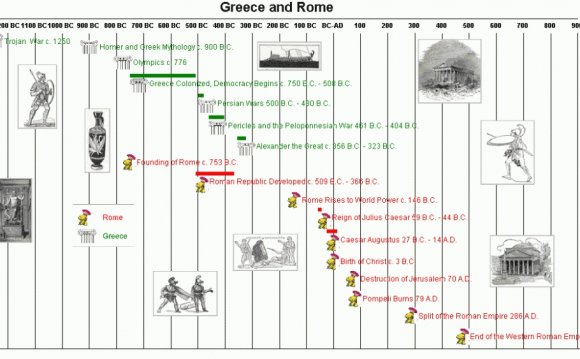 This is an interactive timeline covering the history of cement and concrete. It spans over 5, 000 years, from the time of the Egyptian Pyramids to present day decorative concrete developments. Concrete has been used for many amazing things throughout history, including architecture, infrastructure and more. Complete with photos and descriptions, this timeline is an informative and fun tool.

Click on an icon below to see the corresponding photograph and description:

The Egyptians were using early forms of concrete over 5000 years ago to build pyramids. They mixed mud and straw to form bricks and used gypsum and lime to make mortars. The ancient Romans used a material that is remarkably close to modern cement to build many of their architectural marvels, such as the Colosseum, and the Pantheon. The Romans also used animal products in their cement as an early form of admixtures. Admixtures, additions to the mix used to achieve certain goals, are still used today, read more about them here.

Joseph Aspdin of England is credited with the invention of modern Portland cement. He named his cement Portland, after a rock quary that produced very strong stone. Read more in Portland Cement-What Is It. Alvord Lake Bridge was built in 1889 in San Francisco, CA. This bridge was the first reinforced concrete bridge, and it still exists today, over one hundred years after it was built!

The first concrete high rise was built in Cincinnati, Ohio, in 1903. The Ingalls Building, as it is called, has sixteen stories, making it one of the great engineering feats of its time.

In 1908, Thomas Edison designed and built the first concrete homes in Union, New Jersey. These homes still exist today. Edison envisioned that his design would meet great success, and that before no time everyone in America would be living in a concrete home. However, his vision did not become a reality as soon as he expected; in fact, concrete homes are just starting to gain popularity now, one hundred years later. Read about the benefits of concrete homes in Building a Home with Concrete.

The first load of ready mix was delivered in Baltimore, Maryland in 1913. The idea that concrete could be mixed at a central plant, then delivered by truck to the job site for placement, revolutionized the concrete industry.