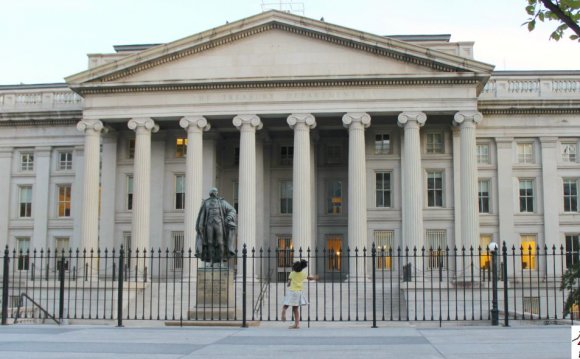 The architecture of ancient Rome has inspired the design of many buildings around the world, including many in the United States.

The Arch of Titus

The Roman Emperor Domitian built the Arch of Titus in Rome around 82 C.E. to honor his brother Titus’ sack of Jerusalem a dozen years before. It underwent restoration in the early 19th century.

Its design inspired that of the Arc de Triomphe in Paris, built in 1806, which, in turn, has served as the inspiration for other buildings around the world, including the Washington Square Arch in New York City’s Greenwich Village, designed by architect Stanford White and erected in 1892. On a lighter note, its form appears again in the Paris Las Vegas hotel and casino, opened in 1999, the design of which includes, among other things, a two-thirds-size reproduction of the Arc de Triomphe.

its form appears again in the Paris Las Vegas hotel and casino, opened in 1999, the design of which includes, among other things, a two-thirds-size reproduction of the Arc de Triomphe

The Roman statesman Marcus Agrippa and the Emperor Hadrian built the Pantheon in Rome, which was finished around 126 C.E., as a temple to all the Roman gods. In the 7th century, C.E., it was converted into a Christian church, now known as Santa Maria dei Martiri.

The architecture of the Pantheon inspired the design of many buildings around the world, including the Panthéon in Paris, finished in 1790, and, in the United States, of Thomas Jefferson’s design for the Rotunda at the University of Virginia, that of his own home of Monticello, and that of the Jefferson Memorial in Washington, D.C. Many design elements of the Pantheon were also incorporated into the Low Memorial Library at Columbia University, and into the Great Dome, Killian Court, at the Massachusetts Institute of Technology.

The designs of the U.S. Capitol in Washington, of the National Gallery of Art, and of the California State Capitol in Sacramento, are also ultimately indebted to the Pantheon.

The Obelisk in St. Peter’s Square

In the first century, B.C.E., Caius Cornelius Gallus, the Roman Prefect to Egypt, erected an obelisk, memorializing his own accomplishments, in the ancient Egyptian city of Heliopolis. The Roman Emperor Augustus moved it to the Julian Forum of Alexandria, and then, in C.E. 37, the Emperor Caligula had the Julian Forum demolished and the obelisk transported to Rome and set up in the Caligula (later Nero) Circus, where early Christians—including St. Peter—were martyred. In 1586, during the construction of the Basilica of St. Peter, Pope Sixtus V had the obelisk moved to the square in front of the basilica, where he consecrated it and had it re-inscribed.

Other ancient obelisks have found their way from Egypt to the West, including one in the Place de la Concorde in Paris, and one in Central Park in New York City.

Some of the political writers of the Enlightenment imagined that their Rationalist philosophy was a revival of a timeless wisdom, the ancient center of which was in the architecture and science of Egypt. This conviction was especially strong among Masons, who, in turn, were quite influential in the American and French revolutions. George Washington was a prominent Mason, and this fact is reflected in the original and final designs of the Washington Monument, which takes the form of an Egyptian obelisk.

A Few Other Random Echoes of Old World Monuments in America

Nashville, TN, boasts a full-scale replica (built of poured concrete and finished in 1931) of the original Parthenon in Athens—as it would have looked when it was first built in the 5th century, B.C.E.

Lake Havasu City in Arizona is now spanned by the 1831 London Bridge over the Thames. It was dismantled, transported to America, and reassembled there in 1971.