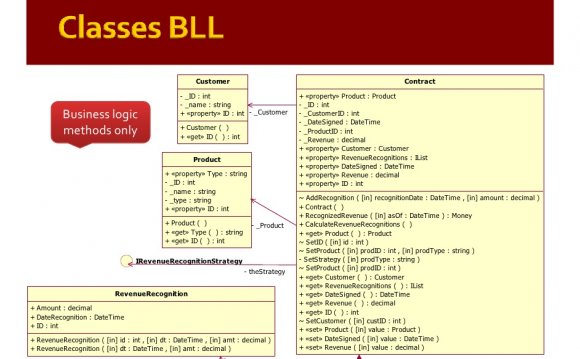 Patterns for system architecting are very much in their infancy. They have been introduced into TOGAF essentially to draw them to the attention of the systems architecture community as an emerging important resource, and as a placeholder for hopefully more rigorous descriptions and references to more plentiful resources in future versions of TOGAF.

They have not (as yet) been integrated into TOGAF. However, in the following, we attempt to indicate the potential value to TOGAF, and to which parts of the TOGAF Architecture Development Method (ADM) they might be relevant.

A "pattern" has been defined as: "an idea that has been useful in one practical context and will probably be useful in others" [Analysis Patterns - Reusable Object Models].

In TOGAF, patterns are considered to be a way of putting building blocks into context; for example, to describe a re-usable solution to a problem. Building blocks are what you use: patterns can tell you how you use them, when, why, and what trade-offs you have to make in doing so.

Pattern techniques are generally acknowledged to have been established as a valuable architectural design technique by Christopher Alexander, a buildings architect, who described this approach in his book The Timeless Way of Building, published in 1979. This book provides an introduction to the ideas behind the use of patterns, and Alexander followed it with two further books (A Pattern Language and The Oregon Experiment) in which he expanded on his description of the features and benefits of a patterns approach to architecture.

Software and buildings architects have many similar issues to address, and so it was natural for software architects to take an interest in patterns as an architectural tool. Many papers and books have been published on them since Alexander's 1979 book, perhaps the most renowned being Design Patterns: Elements of Reusable Object-Oriented Software. This book describes simple and elegant solutions to specific problems in object-oriented software design.

Several different formats are used in the literature for describing patterns, and no single format has achieved widespread acceptance. However, there is broad agreement on the types of things that a pattern should contain. The headings which follow are taken from Pattern-Oriented Software Architecture: A System of Patterns. The elements described below will be found in most patterns, even if different headings are used to describe them.

Name A meaningful and memorable way to refer to the pattern, typically a single word or short phrase. Problem A description of the problem indicating the intent in applying the pattern - the intended goals and objectives to be reached within the context and forces described below (perhaps with some indication of their priorities). Context The preconditions under which the pattern is applicable - a description of the initial state before the pattern is applied. Forces A description of the relevant forces and constraints, and how they interact/conflict with each other and with the intended goals and objectives. The description should clarify the intricacies of the problem and make explicit the kinds of trade-offs that must be considered. (The need for such trade-offs is typically what makes the problem difficult, and generates the need for the pattern in the first place.) The notion of "forces" equates in many ways to the "qualities" that architects seek to optimize, and the concerns they seek to address, in designing architectures. For example: Solution A description, using text and/or graphics, of how to achieve the intended goals and objectives. The description should identify both the solution's static structure and its dynamic behavior - the people and computing actors, and their collaborations. The description may include guidelines for implementing the solution. Variants or specializations of the solution may also be described. Resulting Context
The post-conditions after the pattern has been applied. Implementing the solution normally requires trade-offs among competing forces. This element describes which forces have been resolved and how, and which remain unresolved. It may also indicate other patterns that may be applicable in the new context. (A pattern may be one step in accomplishing some larger goal.) Any such other patterns will be described in detail under Related Patterns. Examples One or more sample applications of the pattern which illustrate each of the other elements: a specific problem, context, and set of forces; how the pattern is applied; and the resulting context. Rationale An explanation/justification of the pattern as a whole, or of individual components within it, indicating how the pattern actually works, and why - how it resolves the forces to achieve the desired goals and objectives, and why this is "good". The Solution element of a pattern describes the external structure and behavior of the solution: the Rationale provides insight into its internal workings. Related Patterns
The relationships between this pattern and others. These may be predecessor patterns, whose resulting contexts correspond to the initial context of this one; or successor patterns, whose initial contexts correspond to the resulting context of this one; or alternative patterns, which describe a different solution to the same problem, but under different forces; or co-dependent patterns, which may/must be applied along with this pattern. Known Uses Known applications of the pattern within existing systems, verifying that the pattern does indeed describe a proven solution to a recurring problem. Known Uses can also serve as Examples.

Patterns may also begin with an Abstract providing an overview of the pattern and indicating the types of problems it addresses. The Abstract may also identify the target audience and what assumptions are made of the reader.

The technical literature relating to this field is complicated by the fact that many people in the software field use the term "architecture" to refer to software, and many patterns described as "architecture patterns" are high-level software design patterns. This simply makes it all the more important to be precise in use of terminology.

The term "design pattern" is often used to refer to any pattern which addresses issues of software architecture, design, or programming implementation. In Pattern-Oriented Software Architecture: A System of Patterns, the authors define these three types of patterns as follows:

In this section we are concerned with patterns for enterprise system architecting. These are analogous to software architecture and design patterns, and borrow many of their concepts and terminology, but focus on providing re-usable models and methods specifically for the architecting of enterprise information systems - comprising software, hardware, networks, and people - as opposed to purely software systems.

Patterns and the Architecture Continuum

An enterprise that adopts a formal approach to use and re-use of architecture patterns will normally integrate their use into the enterprise's Architecture Continuum.

Architecture views are selected parts of one or more models representing a complete system architecture, focusing on those aspects that address the concerns of one or more stakeholders. Patterns can provide help in designing such models, and in composing views based on them.

Relevant architecture patterns may well be identified in the work on business scenarios.

Architecture Patterns in Use

Design Patterns for Application Architecture with the ADO ...