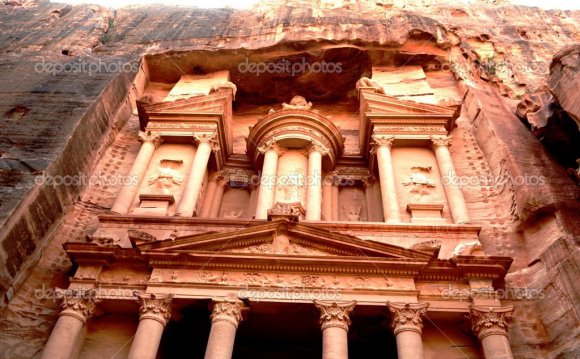 The “Dialogue of Civilizations” conference in Guatemala brought together archaeologists studying five ancient cultures to discuss their similarities and differences and what they can tell us about human society as a whole. You can still be a part of the conversation, commenting on this post or tweeting using #5Civilizations.

On the final day of the conference, after two days of individual presentations on ancient China, the Indus Valley, Mesopotamia, Egypt, and the Maya, all the presenters and hosts sat together on stage to discuss the nature of civilization and what we can apply today from the lessons of yesterday, or as the tagline for the Dialogue put it, how to view “the past as a window to the future.” Two days later, sitting on top of Temple IV in Tikal, looking out over the city’s ruins and miles and miles of jungle canopy, the group engaged in another conversation, centered around the collapse of civilizations.

Pulling from both of those, and the experience of recapping the presentations in these blog posts, here are the main questions and themes that seemed to arise from the Dialogue. Leaving the conference there was a distinct feeling that this was simply the beginning of the conversation. Keep it going in the comments below.

Why Such Big Buildings?

Richard Hansen, director of the Pre-Classic Maya site of El Mirador, and one of the creators of the whole idea of the dialog had a particular question that had been getting at him. “Somehow we’re all wired to put a major emphasis on labor and resources at the very beginning of a society, ” he said. Why is there that early emphasis on monumentality?

Renee Friedman of the British Museum and director of excavations at Hierakonpolis in Egypt pointed out that it’s not just at the beginning that a civilization builds huge monuments. 2000 years after the pyramids, the Ptolemaic kings were building huge monumental temples. “It’s just a different form, ” she said, but “it’s still plenty of monumentality.” In particular, “when they were trying to reassert their power, there was again a big push to build these huge stone temples…trying to bind society together again.”

The interesting thing there is that groups trying to “reassert” their power are in many ways comparable to groups at the “beginning of a society.” So perhaps building big things is simply something people do when they begin to work together. Once there is a sense that they want to do things together, they do things that weren’t possible in smaller groups. Elaborate dances might be one example, but monumental architecture is another, and it’s the one that stays visible. Recent discoveries at the 11, 600-year-old site of Göbekli Tepe in Turkey fit well into this. Long before cities or even substantial, permanent houses, nomadic people worked together at this site to construct huge stone “temples” with carvings of animals and people (see reconstruction gallery). In ways, that’s similar to what people had been doing for tens of thousands of years already, decorating the vast interiors of natural caves with naturalistic images of animals. Archaeologist Ernesto Arredondo had pointed out that the Maya actually called their temples “mountains.” Francisco Estrada-Belli added that there is reference to their interiors as “a cave in the sky.” Although that example comes from much later and a world away, there seems to be a natural connection there. People who live in a natural landscape put much practical and symbolic attention on the physical Earth and its features. Once they decide to work together in large numbers, they realize they can express themselves on the scale of the landscape through massive construction projects. Perhaps painted caves are not stone-age cathedrals then, as much as cathedrals are elaborate man-made caves.

How to Cut Back With Style

Although later generations may continue to build monumental structures, the margin of increase in size is rarely as great as at the beginning, and is often negative. A major reason for this is simply be the cost of time, materials, and labor.

Renée Friedman had discussed the example from Hierakonpolis of a leader ostentatiously keeping and sacrificing actual wild animals as a symbol of strength and authority at obviously great cost. “This couldn’t last, ” she said, as she pointed out that in later years the rulers simply used art to make the same statements symbolically, and much less expensively.

Juan Carlos Pérez added that the site of Copan is another good example, where in early stages temples are decorated with enormous amounts of stucco relief. The digging for lime and the burning of wood to create the stucco would have had a huge environmental cost. By 630-620 AD, he said “the leaders needed to change the style. They brought in mosaics. This must have been a dramatic moment.”

The History of Ancient Greek Civilization. Lecture 5 of 10 ...

The Minoans Ancient Civilization of Crete