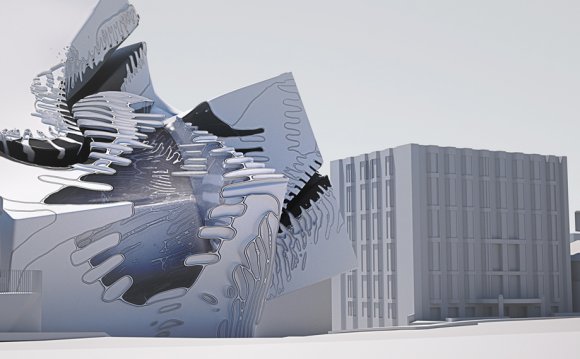 For me, the most important thing in architecture is the organization of space. A return to the madness of origins, to the hunger for space inherited from childhood, the anguish of claustrophobia. And yet I had to master this space, give it structure, form. I had to learn to perceive, observe and give geometrical form to nature; a journey through history. I found that to go beyond the initial burst of energy, to build on the inadequacy and madness of an initial value, mastery of a real language was essential; a concept not lacking in ambiguity.
What separates us all, ultimately, is our approach to space. Space, the infinity which surrounds us, and of which only lines can make us aware. A horizon, a cliff, and yes, even the design of a house gives form to space. Space as we see it: like the interplay between solid matter and the void.
Architecture is the victory of man over the irrational: the construction of a familiar, domestic, human space. The entire history of architecture, whether told through the golden section or the most sophisticated calculations of proportions, ultimately comes down to no more than the extravagant dream of giving our environment the reassuring appearance of a harmonious figure.
Before the advent of international architecture, which erased differences and peculiarities, these two concepts had geographically speaking, their own particular setting. Luminous intensity – on the shores of the Mediterranean a few centimetres of relief on a façade is enough to create a projected shadow which transfigures the entire façade, dividing the sun and the shade. Space then takes on its entire dimension, assumes concrete form, immediately and spectacularly rewarding the architect who endeavours to mould it.
In Stockholm or in Brussels, light does not bring out the contrast starkly enough for volumes to unfurl before our eyes in all their depth. An alignment of columns, or arches, has difficulty in breaking away to create a relief, vibrant with life. A semi-column, a pilaster stuck against a façade, is just one element of rhythm that lends form to the material...