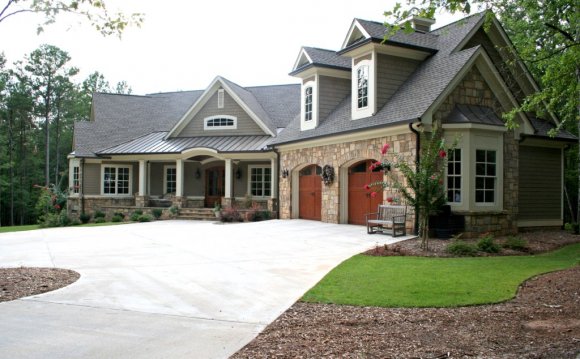 Located in Beaufort, South Carolina, Allison Ramsey Architects is guided by the leadership of Bill Allison, AIA, Wayne "Cooter" Ramsey, AIA and Bill Harris, AIA. Bill Allison founded the firm as William Allison and Associates in 1992, and six years after its conception Cooter Ramsey was named partner. In June 2004 a second office was opened in Asheville, North Carolina. In 2008, William F. Harris came into the partnership. The foundation of the firm is a set of guiding principles of customer service, a collaborative approach to design and an architectural philosophy rooted in traditional design. These principles shape the employee/office culture and organization of Allison Ramsey Architects. Based on this philosophy, each project is the result of a true team effort between architect, builder and, most importantly, the client.

The firm has worked extensively to raise the standard of new design and development. Its mission of creating and advocating design that is timeless and respectful of place is evident in their work, which can be found across the country. This mission was molded by the firm's early work in Beaufort, an over 300 year old city. By advocating historically conscious and appropriate design they have worked to preserve the historic character of Beaufort. This passion for traditional architecture with a sensitivity to local building practices has also influenced their work in the Asheville region, an area equally as rich in history and character.

The firm's approach to and implementation of its design work is heavily influenced by the principles of The New Urbanism, a movement of architects, planners and developers that have as their goal the remaking of the way neighborhoods and towns are developed. Allison Ramsey Architects has been instrumental in this movement, and has positioned itself as one of the leading New Urbanist architectural firms, especially in the area of single-family home design. The firm is quite frequently sought after to provide designs for Traditional Neighborhood Design (TND) developments throughout the country. The firm has a strong presence in award-winning TND's including I'On in Mt. Pleasant, SC, Habersham in Beaufort, SC, and East Beach in Norfolk, VA. They also contribute consultative and design services for neighborhood and town center commercial and civic building projects. Specifically, the firm has designed town center/amenity structures for Saluda River Club in Columbia, SC, Griffin Park in Greenville, SC, Overlook at Battery Creek in Beaufort, SC, and I'On. In addition to providing residential, town center commercial, and amenity design services, the firm has led dozens of TND charrettes of various sizes. Collectively, their charrette team has participated in hundreds. The firm has also collaborated with other architects and planners on charrettes across the country.

Accolades include national awards from some of the most prestigious programs in the country including the National Association of Home Builders' Best in American Living Awards, Coastal Living, Southern Living, Residential Architect, and the AIA. Additionally, their designs are featured in numerous publications including Garden and Gun, Better Homes and Garden, Southern Living, Coastal Living, Cottage Living, New Urban Living, and the Traditional Neighborhood Development plan book. Several of their designs have been featured as Idea Houses for Southern Living, Coastal Living, and Cottage Living. Allison Ramsey Architects are participating members of the American Institute of Architects, National Council of Architectural Registration Boards, National Association of Home Builders, The Congress for the New Urbanism, and Habitat for Humanity.