Where are Romans from? 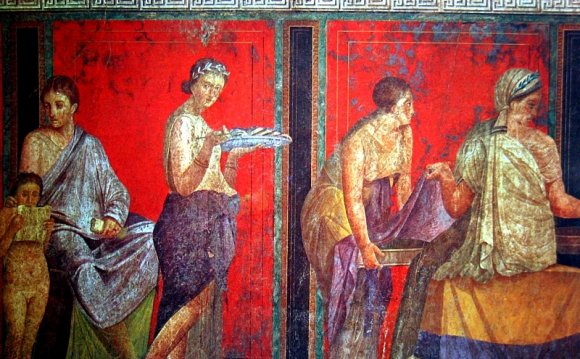 The Romans came to Britain nearly 2000 years ago and changed our country. Even today, evidence of the Romans being here, can be seen in the ruins of Roman buildings, forts, roads, and baths can be found all over Britain.

The Romans invaded other countries too. The Roman Empire covered much of Europe, north Africa, and the Middle East.
(see map)

The Romans lived in Rome, a city in the centre of the country of Italy .

One day, some years before Jesus Christ was born, the Romans came to Britain.

Britain before the Romans (The Celts)

According to the Roman legend, Romulus was the founder of Rome. Romulus and his twin brother Remus were the sons of the God Mars. When they were very young they were abandoned by the banks of the River Tiber and left to fend for themselves. Luckily for them they were found by a she-wolf who took pity on them fed them with her milk. The boys were later found by a shepherd who raised them. The boys grew up to be very strong and clever and they decided to build a town on the spot where the Shepherd had found them. They named their town Rome.

In August 55 B.C. (55 years before Jesus was born) the Roman general, Emperor Julius Caesar invaded Britain. He took with him two Roman legions. After winning several battles against the Celtic tribes (Britons) in south-east England he returned to France.

The following summer (in 54 B.C.) Caesar came to Britain again landing at Walmer near Deal in Kent. This time he brought with him no fewer than five legions (30, 000 foot soldiers) and 2, 000 cavalrymen (horse riders). This time the Romans crossed the River Thames. After more fighting, the British tribes promised to pay tribute to Rome and were then left in peace for nearly a century.

Nearly one hundred years later, in 43 A.D. (43 years after Jesus was born), Emperor Claudius organised the final and successful Roman invasion of Britain. General Aulus Plautius led four legions with 25, 000 men, plus an equal number of auxiliary soldiers. They crossed the Channel in three divisions, landing at Richborough, Dover, and Lympne. The biggest battle was fought on the banks of the River Medway, close to Rochester. It went on for two days before the Celtic tribes retreated.

Many tribes tried to resist the Romans. It took about four years for the invaders to finally gain control over southern England, and another 30 years for them to conquer all of the West Country and the mountains and valleys of Wales. The battle for Yorkshire and the remainder of northern England was still underway in AD 70.

The first Roman city was Camulodunum also called Colonia Vitricencis. (We know it by the name of Colchester.) It was the seat of Roman power and governance of Brittania until sacked during the Boudiccan revolt. London was then established as a seat of governance, and only became important after the Camulodunum event.

Why the Romans came to Britain is not quite certain. Two reasons have been suggested:

The Romans remained in Britain from 43 AD to 410 AD. That is almost four hundred years (four centuries).

The Romans spoke a form of Latin known as vulgar Latin. It was quite different from the Classical Latin that we learn today.

Their homes in Italy were being attacked by fierce tribes and every soldier was needed.

The River Thames was quick way to transport goods between Britain and the Continent. The Romans saw this and built the town of Londinium...