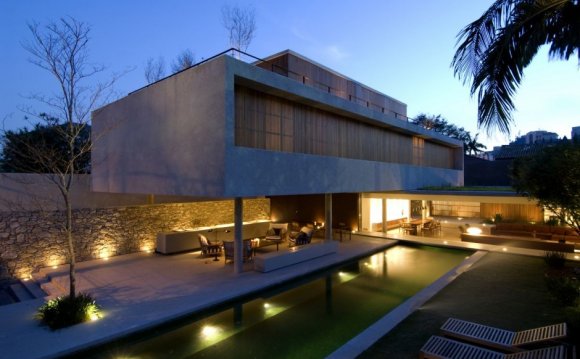 If houses reflect the times they were designed, midcentury modern is the architecture of ideas, created by those who believed the forward-looking style could be a vehicle for social change to create a better society. Characterized by flat planes, large glass windows and open space, these homes - built from 1945 to the 1980s - featured simplicity and an integration with nature, encouraging residents to explore the world in new ways.

They were designed by a generation of modern architects who fled the rise of Nazi Germany, including Walter Gropius and Marcel Breuer, who then taught at the Harvard Graduate School of Design, and Ludwig Mies van der Rohe, who led the department of architecture at the Illinois Institute of Technology, and who later founded the Second School of Chicago.

With World War II came experimental technologies and materials like steel and plywood, which were leveraged for building after the war. John Entenza, publisher of the influential California Arts & Architecture magazine, started The Case Study House Program in 1945, creating prototypes for postwar housing that would become iconic.

“The birth of midcentury modern was after the war, ” says Sian Winship, president of the Southern California Chapter of the Society of Architectural Historians. “The houses had open floor plans and giant sliding-glass doors, which encouraged people to go outside and be healthy. In a traditional home, the window height is 4 to 5 feet, and you can’t see out as a child. With these walls of glass, children became engaged and open-minded because the environment stimulated the senses in a different way.”

She notes that architect Frank Lloyd Wright, who trained midcentury modern architects like Richard Neutra and Rudolph Schindler, was also a huge influence.

“It’s nice to see midcentury modernism being appreciated now, ” she adds, “as we’re entering a period where houses from the 1960s are becoming eligible to be on the National Register of Historic Places.”