Buildings in the Middle Ages 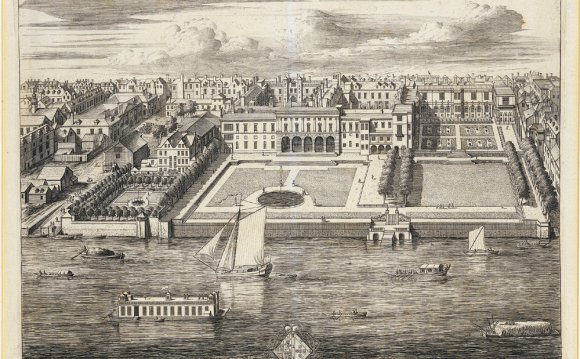 Christianity played a significant role in unifying people and the same religious movement also helped in establishing feudal system in Europe. As a result, the buildings and architecture of this era of Europe were also influenced by the increasing power of Christianity as a mass religion.

Buildings and architecture of the Middle Ages:

During the medieval period, basically two types of buildings were built, religious medieval buildings and military medieval buildings. Christianity was well supported and promoted by kings and lords of the medieval period and as a result, they also promoted the church building programs and as a result, some very fine and large religious buildings were constructed during this era. Before the rise of Christianity, the temples of Roman Empire and pagan culture were used for prayers.

However, these temples weren’t big enough to hold large masses. On the other hand, the Church, with the help of the kings and lords were trying to spread Christianity in masses. For doing so, it was necessary to built large Church buildings in such a fashion that would allow them to hold lass religious gathering and meetings. During the Early Middle Ages, people made use of particular architectural design to build religious buildings which is known as basilica. This constructional design included a nave, transepts, and altars.

Apart from religious buildings, there was a strong need of military buildings which could help the lords and kings to protect themselves, the members of nobility and the common masses. In order to provide this required protection, kings and lords preferred to help in constructing large castles and fortified walls. These military buildings proved to be the most important non-religious or secular buildings of the Middle Ages.

The basic design and construction of buildings of the Middle Ages can also be observed under the division of different time spans. There were significant differences between the Pre-Romanesque buildings, Romanesque buildings and Gothic buildings. The strength of the Church kept increasing over the system of feudalism and as a result, this significant growth of churches was also depicted over the design and construction of buildings.

They can be considered as the examples of first important constructional styles which were developed after the fall of Western Roman Empire. However, they were still very much influenced by the Roman architectural patterns. The stones used to construct these buildings were precisely cut and settled. They had large roofs and the Roman arch system was used to support the stones at the middle of the arches while the large stone roofs were supported by the barrel vault system.

In order to spread Christianity as a unifying religion throughout Europe, it was necessary for the Church and the feudal kings to renounce the patterns of Roman and pagan architectural works and other form of arts. As a result, they encouraged the development of new constructional patterns which was visible in the buildings of late medieval period.

During the early medieval period, people were still trying to recover from the jolts of the Roman Empire collapse. As a result, there were very few significant pre-Romanesque buildings because people were still engaged in trying to seek security and while Christianity had begun its role to reunite the people, they were building small churches by that time. Despite of all the problems of early medieval period, some Roman kings devoted their energies to create huge churches and one of them was the Hagia Sophia of Constantinople. Nowadays, we know Constantinople as Istanbul.

Similarly, Charlemagne provided requirements for the creation of the Palace of Aachen in the Western Europe. During this time, Arabs were also gaining power and as they got hold of the southern and eastern Mediterranean, they managed to build various great mosques such as Kairouan and they also created some vast palaces such as the Dome of the Rock which was built in Jerusalem.

Romanesque buildings began to take shape by the year 1000A.D. Kings and lords of these times began to create huge castles and churches which worked both as military and religious buildings. A few important Romanesque buildings of this time were St. Mark’s Church in Venice, Toulouse and St. Germain des Pres in France, and Baptistery at Pisa. Germany’s Bromserburg and England’s Tower of London were the examples of military buildings of the Middle Ages.

Gothic buildings began to appear by the year 1200 A.D. Kings and lords of this period built huge Gothic churches in Italy at Florence and Pisa. The cathedral of Laon, of Paris, of Amiens, of Reims, of Chartres, and of Rouen was also examples of Gothic buildings and architecture. The Westminster Abbey was built in England and it is one of the most impressive examples of Gothic structures. After that, Gothic buildings were also raised in Italy at Milan, and in Germany at Cologne, Bremen, Freiburg, Munster and Regensburg.