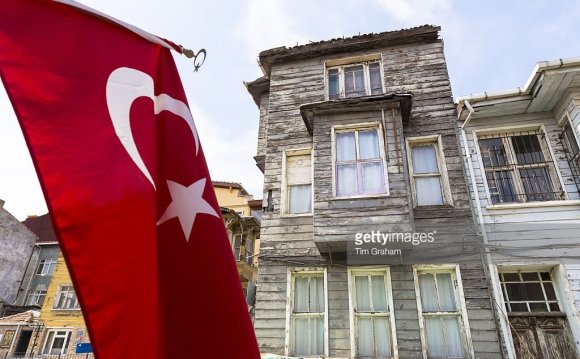 A parallel architectural reaction to the restrained, formal styles of the earlier period, Italianate architecture celebrated the look of Italian villas. Typically, the homes had masonry walls, tall, narrow windows and a central cupola, like the Iowa home below. The town house version of Italianate style is simpler, with flat fronts and window crowns.

While Gothic Revival and Italianate looked to the romantic past, Second Empire was considered the height of modernity in the mid-1800s. It was often used for urban town houses and featured contemporary French building fashions including mansard roofs with dormer windows, according to Virginia McAlester’s seminal reference book, “A Field Guide to American Houses.” The Second Empire style is represented in the Athens, NY home below.

Next came the unromantically named Stick style, a decisive shift away from revival architecture and toward an innovative new style for the Industrial Age. Stick homes were typically made of wood with elaborately textured or patterned exterior walls. It’s a transitional style that was quickly replaced by the new hotness (next section), but the “young” Stick style Victorian below was built in 2004 in New Jersey.

This style is the grande dame of Victorian-era architecture, a look so pervasive and beloved that some people believe it’s wrong to even call it Victorian.

The human Queen Anne ruled in the 1700s and while the U.S. version of this style is a tribute to medieval architecture, it is more the culmination of an independent, turn-of-the-20th-century style that architects had been working toward for decades.

As Tyson Gardner of Philadelphia puts it: “Italianate and mansard got married and started a blended style that moves you into the high Victorian period.”

Gardner, who leads Victorian architectural tours for the Philadelphia Preservation Alliance, said the key was to blend the styles harmoniously and create buildings that do what they’re intended, rather than trying to shove a factory, for example, into a Greek temple design.

“Form follows function — it starts now, ” he said. “Much of what we think of as modern starts in the Victorian period.”

As Gardener puts it, “If you’re thinking high emotions, you’re right on target.”

This restored Queen Anne in Wilkes Barre, PA is a good example.

The Shingle style emerged at the same time as the Queen Anne, but was never as popular and appears mostly in coastal New England. The style looks just like it sounds: Shingles are all over the exterior of these homes, such as the one below in upstate New York.

Essentially folk-style homes from an earlier era gussied up with fancy ornamentation, Folk Victorians were all the rage nationally. It became a populist style because of railroads, which carried heavy wood-cutting machinery all over the country, McAlester wrote.

The Chattanooga, TN home below was built in 1910, just as the Folk Victorian fad was fading and the country was turning toward the simpler lines of craftsman and Colonial Revival styles.

As coveted as Victorian homes are today, it can be hard to imagine that they were once dismissed as fussy. Many ended up abandoned, covered up and torn down.

Authentic Victorians — built a century ago or more — must have their foundations, plumbing and electrical work replaced. At this point in many places, that work has been done, said Isaac Wigley, a real estate agent with BHG Mason McDuffie Real Estate who also leads Victorian home walks in San Francisco.

“Someone going in in 2015 is not going to have to do nearly the amount of work that people did 70 years ago, ” Wigley said.