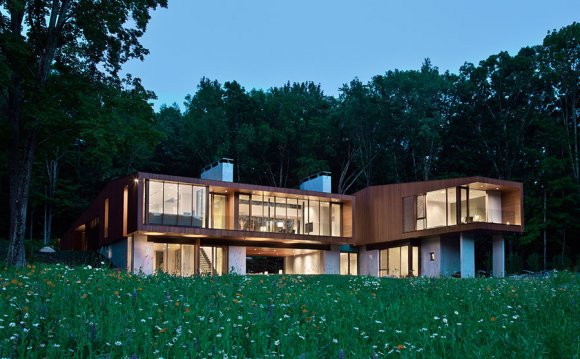 So many wonderful home styles evolved during the first half of the 20th century, it seems like a good idea to put them into some kind of context. The following is not intended to be comprehensive ... it's just an outline of the many styles and some of our thoughts about them.

In 1900, American homes were, on average, about 1000 square feet of living space. The most common styles included:

In addition, people built rowhouses, apartments, and duplexes or triplexes incorporating these styles. Boarding houses were another common type, often found in neighborhoods where immigrants tended to land.

The Progressive Era and the Simplicity Movement

At the end of the 19th century, there were a number of progressive social movements. Labor, which had been working tirelessly since the Civil War, continued pressing for worker rights, women were working hard for suffrage, and socialists, artists, and intellectuals supported causes that celebrated the value of the craftsman and the high quality of the handmade product.

The Industrial Revolution spawned a powerful backlash in England, which has come to be called the Arts & Crafts Movement. Philosopher-artists like William Morris and Walter Crane worked hard to develop a new style that drew on natural materials worked according to the traditions of the artisanal past. The fear at the time was that these crafts would be lost as a tide of low-quality, poorly designed and executed goods flooded the market. Unfortunately for the entrepreneurs of the English movement, the costs associated with production and labor often restricted their goods to the upper-middle and upper classes. Handcraftsmanship was unaffordable for the workers who produced the goods.

Concurrent with the English A&C movement was the Art Nouveau design movement in Continental Europe. Rather than being as socially progressive, it was more focused on Nature as a source of design inspiration. Other international influences included the opening of Japan to the West as well as early Modern design ideas in Europe.

In the United States, this design and social fermentation process yielded a broad spectrum of innovation and radical social ideas. One of the most potent was that everyone should have a home. A home was the cradle of happy humanity. It was the place children were reared, families communed, and health and social benefits were born. Land was relatively cheap and raw materials stretched from the Atlantic to the Pacific.