Art and architecture of ancient Rome 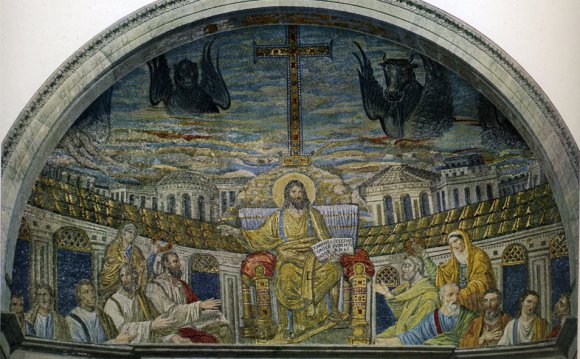 The art and architecture of ancient Greece and Rome played a foundational role of the history of Western art, establishing numerous key concepts, techniques, and styles that artists in the subsequent millennia have revisited and responded to in countless ways. These include precise techniques for carving and casting free-standing sculptures and the undertaking of large-scale urban building projects, which stemmed from access to and the skilled use of materials ranging from marble to bronze to concrete. “Man is the measure of all things” was a central maxim in Greek culture, and as such, Greek artists scrutinized human forms closely to create idealized Classical figures. They also presented detailed depictions of mythological narratives, which often accentuated the human traits of the pantheon of gods. Roman artists borrowed heavily from these narratives, while contributing many of their own. These developments in art were accompanied by new forms of political life, most notably the form of democracy that emerged in Athens and reached its height during the 5th century BC (the Parthenon was built 447-432 BC). Athens and its neighbors in the eastern Mediterranean participated in a seafaring culture that resulted in a great amount of cultural and economic exchange. Under the Roman Empire (27 BC-395 AD), territories stretching from the present-day Middle East to Scotland were brought under centralized rule. Beginning in the 4th century, cultural and political power shifted to the east of the empire, with Constantinople becoming the capital in 330 and much of the western territory falling into the hands of northern European conquerors thereafter. Around this time, Christianity began to supplant pagan religion—at first persecuted by the state but in the 4th century becoming the official religion under Constantine, which led to the growth of a new body of iconography that would flourish in Byzantine Art.