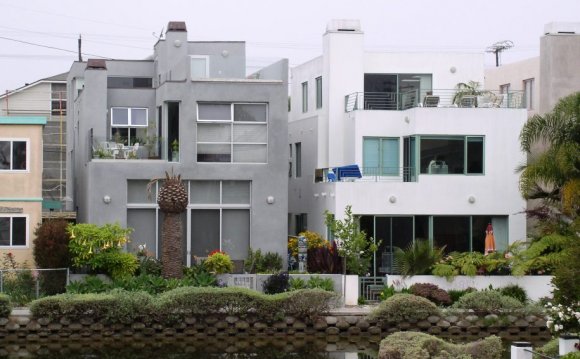 If there’s one thing we love about CIRCA, it’s the chance to “tour” the great vernacular architecture that makes America wonderful. Grab a martini and get ready to learn all about the Mid-Century Modern style!
The Mid-century Modern style is comprised of several subtypes including the Ranch, Split-Level Ranch, Contemporary & Shed. The historical precedent to the Mid-Century Modern is the Minimal Traditional style, which dominated the American landscape into the 1950s.

Prior to WWII the dominant style in American home building was a simplified form of the Tudor Revival. Because of the economic constraints of the Depression the style has been seen as a compromised rendition of a more elaborate Tudor. These early “modern Tudor cottages”, if you will, have a lower roof pitch and the façade is simplified by skipping most of the decorative Tudor detailing. These houses were built in great numbers in the years immediately preceding and following WWII; they commonly dominate the large tract-housing developments of the period. Although relatively small and one-story houses, occasionally two-story examples can also be found. Generally, the two-story type has extra detailing and epitomizes the traditional Eclectic styles popular at the time, usually the Colonial Revival or the Spanish Mission Revival. Minimal Traditional houses became popular in the late 1930s and were the dominant style of the post-war 1940s and into the 1950s.

Now, I know you are thinking Levittown, but no. Despite the general economic scarcity, these were nicely designed and crafted homes. The post-war house-building boom created by the firm of Levitt & Sons, Inc. was really a “bang for the buck” enterprise. The Levitt houses could be rapidly constructed and as rapidly rented out to returning soldiers and their young families. Levitt and Sons built these towns focusing on speed, efficiency, and cost-effective construction; these methods led to a production rate of 30 houses a day. The houses were built on small lots, on concrete slabs, and the company used pre-cut lumber and nails shipped from its own factories. But guess what: Levittowns are now historic (over 50 years old), and some tracts are even in some State and National Registers of Historic Places thanks to devoted baby-boomers.