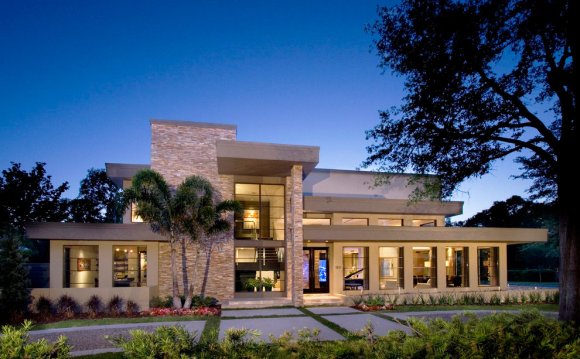 Architects are famous for their freshly pressed white shirts, obsessive attention to detail, and “my way or the highway” personalities. But after more than 25 years as an architect-—and nearly as many as a husband—Stuart Silk knows that a successful home design as well as a happy marriage requires good communication and plenty of give and take.

“I’m very much a transitional kind of guy. I could live in a flat-roof modern quite comfortably, ” Stuart says, adding with a chuckle, “That will never happen in this marriage.”

His wife, Mary, is a “dyed-in-the-wool traditionalist, ” Stuart explains, and is drawn to cozy spaces with wood-burning fireplaces, textured fabrics, and richly hued colors. “I know Stuart would love to build a contemporary house, but they don’t seem comfortable, they don’t envelop me, ” Mary says.

Happily, their seemingly opposite visions blended beautifully when the empty nesters built an environmentally responsible house on a lot overlooking fairways at Seattle’s Broadmoor Golf Club.

From the start, it was a joint effort, with Stuart wearing his professional hat. “He treated me as a client and asked me what I wanted, ” Mary says. For inspiration, the couple collected images from books and magazines. They drove through neighborhoods in Seattle and elsewhere, pointing out houses, landscapes, and architectural details that appealed to them.

Reaching a consensus on the exterior was easy. “We wanted a lot of glass, but we still wanted the house to have a traditional appearance on the outside, ” Stuart says. Influenced by rustic farmhouse styles (“something you’d see in southern Europe or more likely Santa Barbara, ” the architect says), the three-level stucco home has a tile roof and wood shutters that were wire-brushed and stained—not painted-—“so they feel like they’re 100 years old, ” he says.

A front courtyard features paving stones set on a gravel base that allows small plants to sprout in the joints. The pavers lead to a stone-look archway made with stucco. “It’s more informal, countrified a little bit, ” Stuart says.