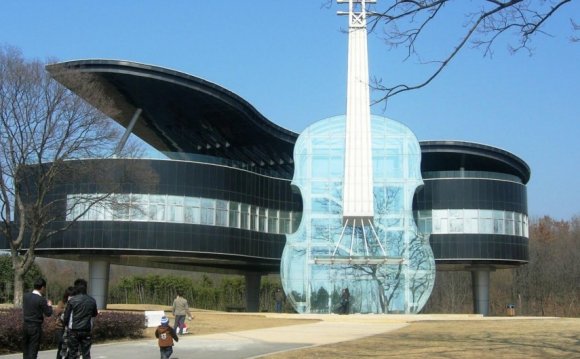 10. Michelangelo
Michelangelo di Lodovico Buonarroti Simoni (6 March 1475 – 18 February 1564), commonly known as Michelangelo, was an Italian sculptor, painter, architect, poet, and engineer of the High Renaissance who exerted an unparalleled influence on the development of Western art. Despite making few forays beyond the arts, his versatility in the disciplines he took up was of such a high order that he is often considered a contender for the title of the archetypal Renaissance man, along with his fellow Italian Leonardo da Vinci.
Video is a Michelangelo Documentary (59 minutes)

9. Mimar Sinan
Koca Mi’mâr Sinân Âğâ (c. 1489/1490 – July 17, 1588) was the chief Ottoman architect and civil engineer for sultans Suleiman the Magnificent, Selim II, and Murad III. He was responsible for the construction of more than three hundred major structures and other more modest projects, such as his Islamic primary schools. His apprentices would later design the Sultan Ahmed Mosque in Istanbul, Stari Most in Mostar and help design the Taj Mahal in the Mughal Empire.

8. Sir Christopher Wren
Sir Christopher Michael Wren PRS (20 October 1632 – 25 February 1723) is one of the most highly acclaimed English architects in history. He was accorded responsibility for rebuilding 52 churches in the City of London after the Great Fire in 1666, including his masterpiece, St. Paul’s Cathedral, on Ludgate Hill, completed in 1710.

7. Louis Henri Sullivan
Louis Henry Sullivan (September 3, 1856 – April 14, 1924) was an American architect, and has been called the “father of skyscrapers” and “father of modernism”. He is considered by many as the creator of the modern skyscraper, was an influential architect and critic of the Chicago School, was a mentor to Frank Lloyd Wright, and an inspiration to the Chicago group of architects who have come to be known as the Prairie School. Along with Henry Hobson Richardson and Wright, Sullivan is one of “the recognized trinity of American architecture”. He posthumously received the AIA Gold Medal in 1944.

6. Le Corbusier
Charles-Édouard Jeanneret-Gris, better known as Le Corbusier (October 6, 1887 – August 27, 1965), was a Swiss-French architect, designer, painter, urban planner, writer, and one of the pioneers of what is now called modern architecture. He was born in Switzerland and became a French citizen in 1930. His career spanned five decades, with his buildings constructed throughout Europe, India, and America. Dedicated to providing better living conditions for the residents of crowded cities, Le Corbusier was influential in urban planning, and was a founding member of the Congrès International d’Architecture Moderne (CIAM).

5. Antoni Gaudi
Antoni Gaudí i Cornet (25 June 1852 – 10 June 1926) was a Spanish Catalan architect from Reus and the best known practitioner of Catalan Modernism. Gaudí’s works reflect an individualized and distinctive style. Most are located in Barcelona, including his magnum opus, the Sagrada Família. Gaudí’s work was influenced by his passions in life: architecture, nature, and religion. Gaudí considered every detail of his creations and integrated into his architecture such crafts as ceramics, stained glass, wrought ironwork forging and carpentry. He also introduced new techniques in the treatment of materials, such as trencadís which used waste ceramic pieces.

4. Ludwig Mies van der Rohe
Ludwig Mies van der Rohe (March 27, 1886 – August 17, 1969) was a German-American architect. He is commonly referred to and was addressed as Mies, his surname. Along with Le Corbusier, Alvar Aalto, and Frank Lloyd Wright, he is widely regarded as one of the pioneering masters of modern architecture. Mies, like many of his post-World War I contemporaries, sought to establish a new architectural style that could represent modern times just as Classical and Gothic did for their own eras. He created an influential twentieth-century architectural style, stated with extreme clarity and simplicity.