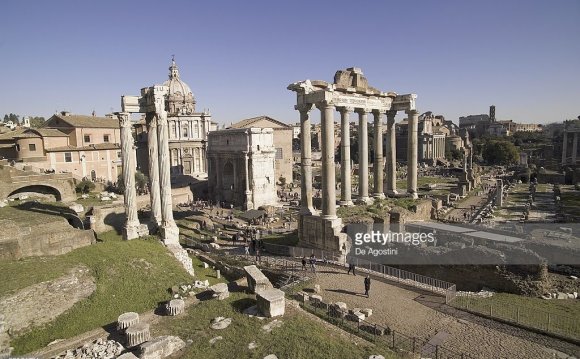 History, Facts and Information about Ancient Roman Architecture
Architecture is defined as the 'art and science of designing and erecting buildings' and the ancient Romans were masters of Architecture - designing and erecting buildings. Their skills in building and engineering, including their invention of concrete, resulted in different types and styles of architecture including the building of forts, villas, temples, towns, baths, great walls and roads - changing the face of Europe forever. The history of Ancient Roman Architecture was divided into two distinctive eras. The first era was of the Republic where the origins of the architecture of the Romans can be traced to the Etruscans, who migrated from Asia Minor to Italy in the 12th Century BC. The second era started in 27BC and is classed as the period of the Empire. The content of this article provides interesting history, facts and information about Ancient Roman Architecture.

History of Ancient Roman Architecture
The Roman period marks the transition from a western world which comprised of barbaric regional tribes to the sophistication and civilisation of the the global conquerors of the Roman Empire. The period of Roman Architecture dates from the establishment of the Republic in 509BC to the transfer of the capital of the Empire from Rome to the Eastern empire in Constantinople in 330AD. The History of their Architecture was divided into two distinctive eras. The first era was of the Republic where the origins of their architecture can be traced to the Etruscans who mirrored the Greek and the Phoenician traditions, building large temples to honour their Gods. The second era of their architecture started in 27BC and is classed as the period of the Empire. Their Empire covered thousands of miles across Europe, North Africa and the Near East. The number of countries the Romans conquered afforded a vast number of culturally diverse people and the architecture of the Roman Empire therefore became eclectic i.e. made up of, or combining elements from. a variety of regional sources and styles.