Architecture of the 20th century 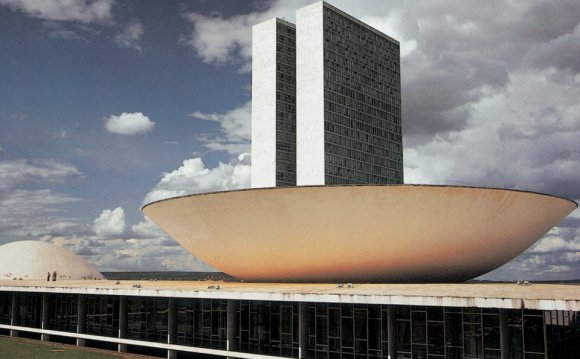 The groundbreaking Chicago school of architecture was founded by William Le Baron Jenney (1832-1907), along with a number of other innovative American architects. A centre of high-rise development rather than a school per se, it had no unified set of principles, and buildings created by the members of the school employed many different designs, construction techniques and materials. Some key characteristics of Chicago architecture during this period included: new foundation techniques pioneered by Dankmar Adler; metal skeleton frames - first used in Jenney's Home Insurance Building (1884); the use of steel and iron, first highlighted by the French architect Viollet-le-Duc, and used by Louis Sullivan and others.

A decorative style of architecture characterized by flowing lines, and abstract floral motifs, which was closely associated with the Arts and Crafts movement championed by William Morris (1834-96). Known in Germany as Jugendstil - it was applied to both the exterior and interior design of buildings. Interiors were often lavishly decorated with various types of applied art - including stained glass and ceramics.

Ever since Italian Renaissance architects revived the proportions and orders of Roman architecture, designers have turned to the past for inspiration. Such revivalism reached its apogee in 19th century architecture, in numerous Romanesque (1000-1150), Gothic (1150-1300) and Beaux-Arts structures in Britain - see for instance Victorian architecture - Europe and the United States, but the process continued into the 20th century.

Steel-frame high-rise architecture was pioneered in the 19th century by American architects in New York and Chicago: two cities which were experiencing rapid development but whose available space was limited. With the fall in the price of steel - a major construction material for high-rise structures - building upwards suddenly became much more economically attractive. During the first three decades of the 20th century, New York took the lead with a number of cutting-edge skyscrapers.

"Modernist architecture", the first real example of 20th century architecture, was designed for "modern man". It was relatively, if not wholly, devoid of historical associations, and made full use of the latest building techniques and materials, including iron, steel, glass and concrete. Functionality was a key aspect of the modernist style. The format was later fully realized in the United States: see, for instance, Henry Ford's assembly plant at Rouge River, south of Detroit - then the largest manufacturing plant in the world.

This architectural style emerged in Germany and the Low Countries. Expressionist architects rebelled against the functionalist industrial-style structures of modernist architecture, preferring more sinuous or highly articulated forms. These included curves, spirals and non-symmetrical elements, as well as structures in which the expressive values of certain materials are emphasized. A contemporary example of expressionist architecture is the Sydney Opera House (1973), designed by Jorn Utzon (1918-2008).

ART AND ARCHITECTURE OF THE 20TH CENTURY