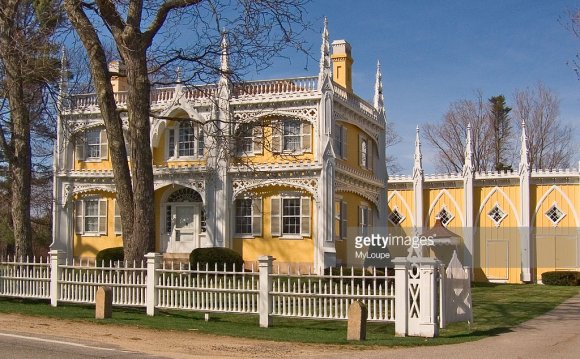 Classical features, clean lines, always with the pilasters—the Federal style of architecture is unmistakable and it is present throughout Boston. No surprise, really: It was all but invented in the city, a post-Revolution successor to the more English style called Georgian. If you check out only a handful of Federal creations in Boston, we humbly suggest that they be these fab four. These embody the style and highlight the work of two of its greatest practitioners.

Let's start (where else could we?) with the Massachusetts State House at 24 Beacon Street in Beacon Hill, finished in early 1798 and built on a cow pasture John Hancock once owned. Charles Bulfinch, the starchitect of his day, designed the grand home of the commonwealth's legislature. Wood shingles originally comprised its famous dome; those gave way to copper and to a 23-karat gold coating (which looks neat, yes, but was also practical: to prevent leaks).

__
St. Stephen's Catholic Church at 401 Hanover Street is another Bulfinch creation. It was completed in 1804, and originally housed the New North Religious Society, a Congregationalist outfit. The church's interior belies what Bulfinch was going for: a severely functional squarish space. The pilasters are a dead giveaway re: the Federal style.
__
[Credit: Julie via Flickr]
Yup, Bulfinch. He designed this mansion at 141 Cambridge Street for Harrison Gray Otis, a congressman, Senator and Boston mayor (whose political affiliation was—what else?—Federalist). It was completed in 1796, and its flat facade positively drips of the architecture. It was later used as a clinic and a middle-class boarding house.
__
Built in 1808 at 55 Beacon Street and now known as the William Hickling Prescott House after the historian who once lived there, this mansion is not a Bulfinch creation, but rather one from the hand of Asher Benjamin, who would end his career working in the Greek Revival style. This is the Federal work everyone remembers him for, however, though through the pilasters and the Doric columns you can almost see a more vigorous approach yearning to show itself. It's now a museum that the National Society of the Colonial Dames of America runs.