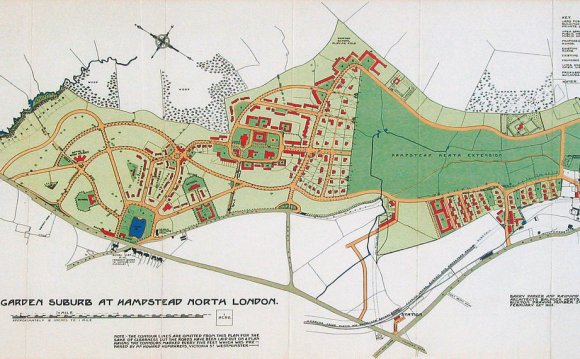 If one can generalise about a style which spanned almost a century, we can characterise Early English by saying that it emphasized simple, almost austere lines, prefering fine proportion to elaborate decoration.

Early English emphasizes height, as if the builders were reaching for the sky. In a sense, they were, as church building was a symbolic expression of religious aspiration. Church architecture in particular had to symbolise Christian thought to a largely illiterate population. Thus even decorative touches such as carvings and statues of saints had to tell a story to people who could not read.

The major distinction between the Early English and the Norman, or Romanesque period, which preceeded it, is the use of the pointed arch. The pointed arch allowed a whole range of new building expression to take place; arches could span greater distances, allowing vaults to be taller and wider. The arch could support greater weight, allowing walls to be thinner and pierced by wider window openings. This in turn encouraged the use of stained glass.

The simple butresses of the Norman period gave way to flying butresses, which distributed the weight and thrust of roofs and walls right down to the ground. These flying butresses may be visible over the aisles, but just as often were concealed in the aisle roof. Another variation on the Early English butress is the "Oxford butress", set diagonally at corners (see illustration).

Towers were topped with steeply pitched roofs, often surmounted with very slender towers emerging from a broach, or pyramidal base.

The massive columns of the Romanesque period were replaced with thin clusters of shafts, often built of dark Purbeck marble. The capitals of shafts were often richly carved, with highly styalized foliage designs being popular. The richness of these carvings was due in part to the introduction of the chisel in stone carving. Previously, carving had been done with axes, necessitating low relief and fairly simple designs.

The introduction of the chisel allowed a great deal more artistic control and we see undercutting become extremely popular. Carvings stand out from the underlying stone and are much more three-dimensional than in the Norman Romanesque period.

Early in the 13th century windows were primarily of a simple, untraceried (lancet) design, either single or grouped together. Later designs favoured two or three lights grouped under a single dripstone.

Where the hood moulding (dripstone) followed a pointed design, echoing the lines of the windows, the architects put small ornamental holes in the space between the moulding and the lancets. This approach is called Plate Tracery (see drawing). As plate tracery developed, the small holes became more elaborate, evolving into ornate trefoil and quadrifoil designs.

The most complete example of Early English is without a doubt to be seen at . Salisbury is unique in that it was built within a short time span (c1200-1275), thus its architectural style, with the exception of the 14th century tower and spire, is fairly uncluttered by later additions and alterations.

article © David Ross and Britain Express
Ilustrations are based on those in the wonderful volume 'The Observer's Bookof British Architecture', by John Penoyre & Michael Ryan, London, 1951