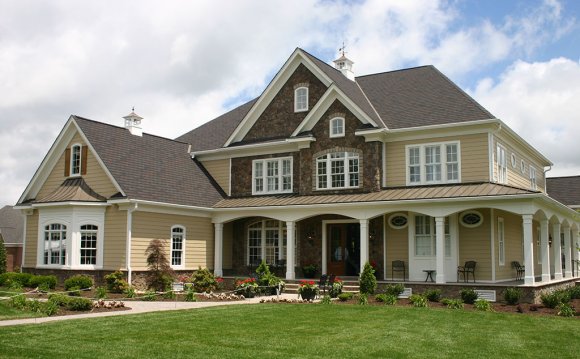 During the 1930s, home styles evolved to include what is now called the Minimal Traditional style. It remained a prevalent style until about 1950, when it was replaced by the popular Ranch.

The Minimal Traditional incorporates Colonial and Tudor forms with the Modern and International preference for as little ornamentation as possible. Nevertheless, homes built during the Depression continued to have nice quality built-ins, cabinetry, and woodwork though somewhat simplified. Housebuilding was curtailed during WWII, but this remained a dominant residential form in the years immediately following the war. Small, post-WWII cottages were very popular with the advent of the GI Bill and can be found in most areas of the country as both individual and tract homes.

Typically, they have gabled roofs, no eaves, and lapped wood siding of wood as well as shake, brick, or stone facing. They are generally asymmetrical with the front entrance off center. As an eclectic style, elements of contemporaneous Tudor, Colonial Revival, or Spanish Revival are often found. Garages may be entirely detached or attached to the main house, but if attached the garage is usually a subordinate element unlike later homes where the garage became more prominent.

This style is the Plain Jane of 20th century American residential architecture, but is being "discovered" by new homebuyers as the style that immediately preceded the developer's suburban tract homes of the post-WWII period.