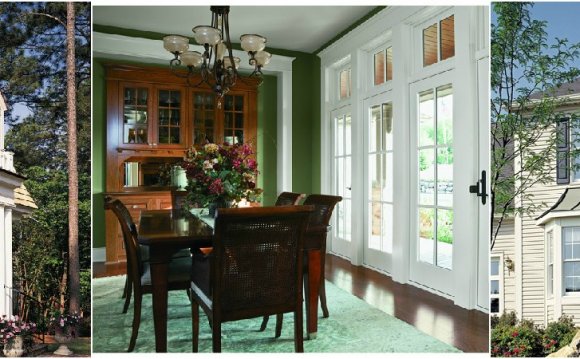 In our continuing series on American Style architecture, we begin with a little inspiration from our friends up North.

In Canada, a civic battle loomed large in an effort to save a textbook example of this week’s American Style architecture. The so-called “Hobbit House” and its Storybook appeal drew furious public support

as threat of development was imminent. The story fought its way onto regional front pages for over a year.

Vancouver’s “Hobbit House” was born over 20 years before Tolkien’s Lord of the Rings and the Shire came into the world. Storybook homes like it were inspired by all kinds of historical influences, all blended together for romantic, fabled houses.

Like all the other American Styles we’ve discussed, Storybook didn’t conjure out of thin air. Let’s take a look at what it’s all about.

Vancouver’s Hobbit House has a very “Hansel and Gretel” feel to it, an English cottage version of the short-lived but much-loved “Storybook Architecture” movement that had its heyday after World War I.

It’s thought the style arose on this continent as a result of both Canadian and American Armed Forces doing European tours of service during the War. With their first exposure to idyllic French Norman cottages, Cotswald Cottages, Tudor villages, and more, young men and women returning home craved that sort of picturesque life and its dreamlike feel after the horrors of war.

This architectural style evolved at an interesting time. On the one hand was the ever-present glamour and glitz of Hollywood’s Golden Age. On the other, the reality of a changing social era, when domestic servants were falling out of favor and a new breed of homeowner emerging — the working class. Homes now were smaller, simpler, but their owners were dreaming big.

As the old saying goes, a man’s home is his castle, and if he were a fan of Storybook Architecture, this was truer for him than most.

Inspired by the likes of the Arts & Crafts and Picturesque movements in the UK, Storybook Architecture really took hold where dreams are still big business — in Los Angeles.

Whether based in Tudor Revival or French Norman, the Storybook Home took elements of classical architecture and then exaggerated them with romantic pastiche. Some took it over the top, like one classic home that inspired more civic protest when its future was uncertain — the world-renown Willat-Spadena Witch House, in Beverly Hills, California.

Built in 1921, the Spadena’s Hollywood connection couldn’t be more clear — it was designed and built as offices and dressing rooms for the Willat film studio lot by acclaimed set director Harry Oliver. He was nominated for the first-ever Academy Awards and many times thereafter for his stunning art direction and set design, including for movies like the original Ben Hur (1925) and Scarface (1932). His film career lasted to the ‘40s, and after he went on to design architecture and even became an acclaimed humorist.

The “architectect” Harry Oliver would design many Adobe and Storybook style buildings over the years, including the famous Tam O’Shanter Restaurant in L.A., one of the country’s oldest restaurants still owned by the original proprietors.

This is no place for symmetry. Instead, you might find French Norman elements like turrets and crenellation, or maybe the steep pitches and high gables associated with farmhouse roofs, or thatched English cottage replicas.

“Storybook” homes are so-called because they evoke far-away fabled lands, places of wonder, and yes, even doll-houses. This feel is achieved first because of scale, as most tended to be under two floors high, and also because the roof would descend lower to the ground, helping to exaggerate that already-distinct roof-line.

Ironically, it’s sometimes those roofs which made these homes so distinct that often also leave them becoming derelict or threatened today, like happened with the Hobbit and Witch’s Homes. When another “Hobbit Home” in Vancouver was threatened in 2006, a roofing company said roof repairs alone would run “well over $100, 000.”

Like the contractor says, though, the Storybook home simply isn’t the same without the right roof on top.

Wood is, of course, the main material in these projects both inside and out, with accents being in stone and wrought iron. This is true for windows and doors as well. Very Storybook indeed. Wide plank-constructed doors with Gothic-inspired arches and rises are common. Wrought iron handles and strapping complete the almost “Medieval” look of Storybook doors. Fittingly too, they’re typically housed in a vestibule, covered by a separate roof, often elaborately peaked or topped with a turret.

Windows could be deep-set or shallow, depending on the look sought. Often arched or rounded, frequently shuttered, windows are a big factor in establishing the mood of these homes. After all, the famous Spadena Witch House had no two windows matching in size or shape. Muntin-bars and flowerboxes frequently amp up the idyllic charm on Storybox facades.

It’s what’s inside that counts

For the interior, Storybook homes often have a cottage feel. Exposed beams, prominent deep window sills, abundant use of wood and metals like iron and tin, as well as plenty of stone. Plaster walls increase the rustic old-world feel. There can be flourishes in trim and elaborate metalwork, large chandeliers, and other dramatic accessories.

A proper Storybook interior should evoke another era, another world, because that’s the whole premise of the style.

As ethereal as that other-worldliness can be, it’s not uncommon to find darker spaces inside Storybook homes — those quaint, muntin-adorned windows can result in poorer natural light, but that also increases the potential for mood-setting through lighting. It’s all about perspective, isn’t it?

Out of time, yet timeless

It’s not surprising Storybook homes reached their zenith in the ‘20s. They were a short-lived but passionately celebrated style and you’ll find them all over the West Coast, even today. Even when modest in size, their style matched the big dreams and excesses of the day.

Wall Street crashed in 1929, and soon after so would financial allowances for extravagant flourishes that made all those Storybook Homes the stuff of dreams.

In a post-Depression world, houses returned to reality and excesses were kept to a minimum. The Storybook life once again became something for the privileged and the few.

Today, Storybook homes continue to inspire us. No longer mainly an American Style, you’ll spot them around the world, old and new. A quick search and you can find and buy plans for your own Storybook home. For as long as we have imaginations, those dreamlike houses are sure to keep a place in our modern world. For some, life truly should be a dream, one for the Storybooks.