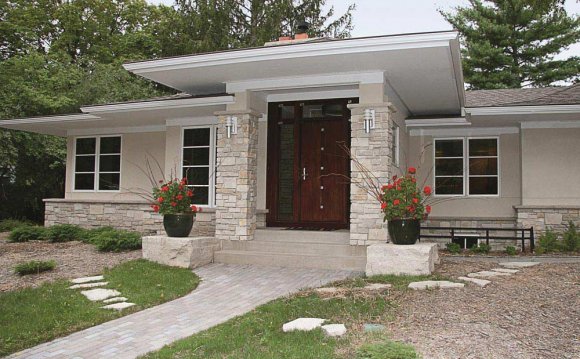 Tudor is a very free-form style, asymmetrical with very steeply pitched roofs. A wide variety of material is seen on the outside, although the best-known examples include some “half-timbering” – areas of stucco or brick broken up with wood timbers. The entry of a Tudor home is often modest but heavy, and windows are broken up with many small panes.

“Victorian” refers to a group of styles popular in America during the late 19th century that was made possible in part by the invention of new framing techniques.

Queen Anne is the most common Victorian style and is characterized by an irregular shape, a steeply pitched roof, elaborately carved details, and large porch.
Queen Annes are best known for their multi-hued color schemes and complex siding and trim details.

In the first half of the 20 th century American Architects began developing new home styles instead of relying on classical and European models for inspiration.

Among the more notable American styles is Prairie, popularized by Frank Lloyd Wright but practiced in various forms throughout the country. Prairie homes are typically long and low with deep roof overhangs. Porches are common and usually supported by massive columns. The Prairie style wasn’t in fashion long but strongly influenced hundreds of thousand of “ranch” homes across the country.