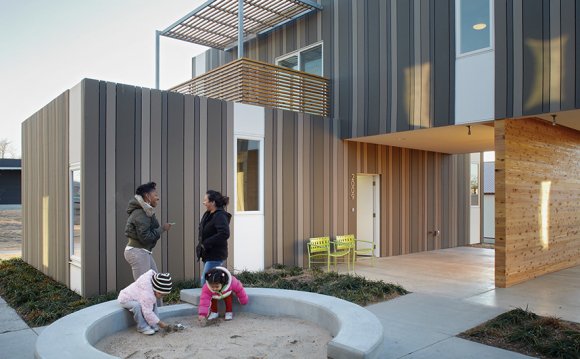 Like the majority of homes built in the first half of the 20th century, the house shown above is eclectic. It is side gabled and has a formal presence in its mass, roof, and almost-centered entry, even though strictly speaking, it's asymmetrical. The shed-style wall dormer occurs at both front and back reinforcing the sense of balance and also mitigates the steep, English-style roof pitch. The entry sidelights, as well as six-over-six windows and shingle siding provide a traditional Colonial Revival feel. At the same time, the rolled roof and unusual hood over the entry take it in another direction entirely. We call it a Banker's Storybook, but other observers might come up with other, equally descriptive labels.

It's matter of degree

It's usually a matter of how eclectic a house is and what you can see in it. Eclectic residential home styles are often a lot of fun to analyze. It's fun because its style isn't obvious, but it can also be difficult to classify a house that's a hybrid of several different styles. Complicating this further is the subjectivity involved. Most experts don't agree on a classification system, so it's likely you'll get more than one answer if you ask.

The first half of the 20th century was a period of intense design exploration with respect to residential architecture. There were the traditional styles like the Neoclassical and Colonial Revival that included mansions and Cape Cod cottages.

The Arts & Crafts Movement begat Craftsman and bungalow architecture. There were also the cutting edge designs like the Prairie School and Art Moderne, and the cultural adaptations that drew on regional precedents like Mission Revival. A shrinking world and World War I influenced residential architecture by drawing on European design traditions including the English Cottage, French country house, and Italian villa.

Science and technology played a role as well. Efficiency in design reduced housework (fewer steps, 'twas advertised at the time) and new tools, made available by the delivery of electricity, fundamentally changed the way Americans designed their homes.

Pure styles are only half the story

Against this backdrop, it's easy to understand how eclectic design occurred. It's not a satisfying answer though if you're trying to determine the style of your home. This also doesn't begin to address the changes introduced by remodeling, which may not be easily identified. The truth is the majority of homes are a mix of styles.