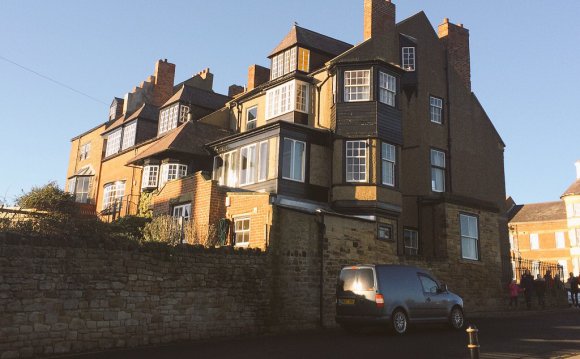 As another British property price boom gathers steam, many are searching for their dream "period property". But why do people favour certain architectural eras?

Ask a Briton to describe their ideal home, and the chances are their reply will include the adjective "period".

Depending on who you ask, however, the period in question might vary wildly.

It might be Georgian, with its neo-classical stylings and clean, symmetrical lines. Or it could be Victorian - all about cornicing, bay windows and patterned brickwork.

Others might prefer the light airiness of the Edwardians or the stark geometry of the modernist era.

But in a property-obsessed nation, where it sometimes feels as though estate agents' lingo permeates every discussion, plenty of people have a favoured architectural era - whether or not owning such an edifice will ever be within their financial grasp.

For some, it's a deeply emotional attachment.

"It's all about what resonates with you and makes you think of home, " says architectural historian Ellen Leslie. "If you're in any way interested in buildings, you're going to have a preference."

According to estate agents, the Georgian era is widely regarded as the UK's preferred period.

"Georgian often comes out on top - there's something about the grandeur of great Georgian cities that means it's always popular, " says Lucian Cook, director of residential research at Savills.

For this reason, he adds, many places with large stocks of such buildings, like Edinburgh, Bath and Brighton, tend to attract London-style prices.

But for most Britons, however, this preference is entirely aspirational - owning a Regency townhouse or a Robert Adam country pile is something only to be contemplated in their wildest fantasies.

The Georgian period runs from 1660-1840 and "classicism was ascendant", says Robert Bargery of the Georgian Group.