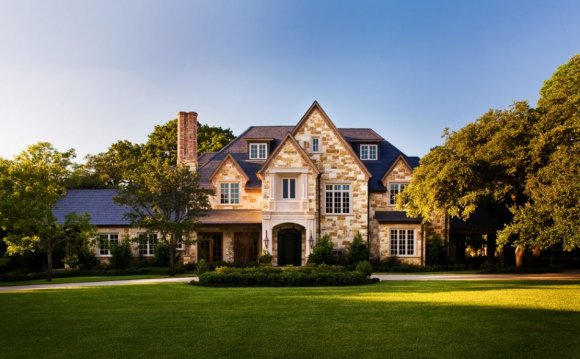 is the architecture employed by builders and craftsmen in the cultural Greater Iran and the surrounding regions to construct vernacular houses. The art draws from various cultures and elements from both Islamic and pre-Islamic times.

Being situated on the edge of deserts and arid regions, Persian (Iranian) cities typically have hot summers, and cold, dry winters. Thus Iran’s traditional architecture is designed in proportion to its climatic conditions, and more than often, the unique fabled artistic background of Persia makes up for the seemingly lack of natural resources and beauty. The existence of hundreds of traditional houses with handsome designs even today amidst ugly apartments in Iran's hasty modernization projects is testament to a deep heritage of Architecture.

Iran's old city fabric is composed of narrow winding streets called with high walls of adobe and brick, often roofed at various intervals. This form of urban design, which used to be commonplace in Iran, is an optimal form of desert architecture that minimizes desert expansion and the effects of dust storms. It also maximizes daytime shades, and insulates the “fabric” from severe winter temperatures.

Islamic beliefs coupled with the necessity to defend cities against frequent foreign invasions encouraged traditional Persian residential architects to create inward seeking designs amidst these narrow complicated koochehs, weaving tightly knit residential neighborhoods. Thus the house becomes the container as opposed to the contained. These houses possess an innate system of protection; they all have enclosed gardens with maximum privacy, preventing any view into the house from the outside world. Hence residential architecture in Persia was designed in a way so as to provide maximum protection to the inhabitants during times of tension and danger, while furnishing a microcosm of tranquility that protected this inner “paradise garden”.

Neighborhoods in old Persian cities often formed around shrines of popular saints. All public facilities such as baths, houses of mourning (Tekyehs), teahouses, administration offices, and schools were to be found within the neighborhood itself. In addition to the main bazaar of the city, each neighborhood often had its own bazaar-cheh as well (i.e. “little bazaar”), as well as its own ab anbar (or public water reservoir), which provided the neighborhood with clean water.Qazvin, for example had over 100 such reservoirs before being modernized with city plumbing in modern times.

When visiting Kashan in 1993, the chairman of UNESCO remarked: “Kashani architects are the greatest alchemists of history. They could make gold out of dust”. Indeed, almost all of Kashan’s masterpieces, as in many other parts in Iran are made of humble, local, earth.