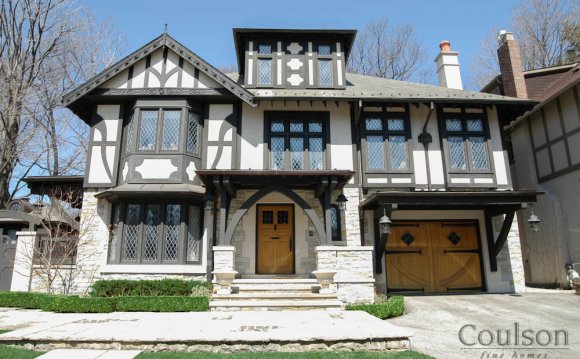 The term "Arts and Crafts" refers to the early 19th-century British and American movement to revive handicrafts. The movement was also the inspiration behind the Craftsman and bungalow styles.

English reformer William Morris was one of the founders of the Arts and Crafts Movement in the late 1880s. Tired of excessive Victorian architecture and the machine-driven Industrial Age, Morris and his followers wanted to return to a pre-industrial, handmade society. Morris also wanted to make custom furnishings available to the "common man."

When the movement made its way to the United States at the turn of the 20th century, Gustav Stickley, founder and editor of The Craftsman magazine and a well-known furniture maker, became the American leader. Originally, the term "Craftsman" meant a home built from a plan in Stickley's magazine, but it has come to mean homes built in the Arts and Crafts style.

The bungalow was closely associated with the Arts and Crafts Movement. Stickley preached that bungalows would give working-class families the chance to experience "serious architecture." Bungalows melded simple design with handcrafted artistry - all for about $900 dollars. The style was also easy to build and maintain, and it became the most common type of Craftsman home, cropping up from California to the Chicago suburbs.

Bungalows and Craftsman homes remained popular until they fell out of favor when the casual ranch style emerged after World War II. However, the sleek, timeless style is regaining popularity today.