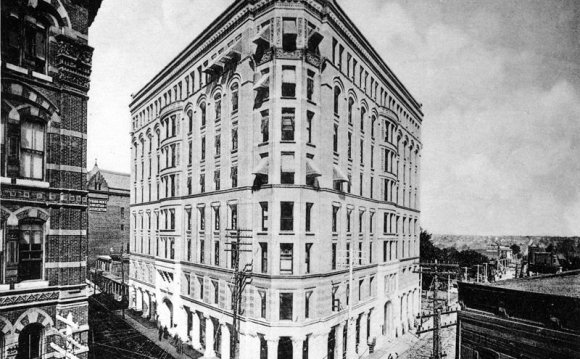 A common mental image of a "Victorian" home looks much like a dollhouse with elaborate trim and bright colors. But the term "Victorian architecture" actually refers to styles that emerged in the period between 1830 and 1910, during the reign of Queen Victoria. The Victorian era spawned several well-known styles, including Gothic revival, Italianate, Second Empire, Queen Anne, stick style, Romanesque style and shingle style.

The Victorian styles evolved largely from the imposing, elaborate Gothic style, which appealed to the romantic Victorian idea that fashion, architecture and furnishings should be beautiful rather than practical. A wealthy Victorian woman's clothing, for example, involved corsets, hoop skirts and dresses that used yards of fabric. It made sense for the trendy home designs to reflect that excess as well.

Architects took the ideas of Gothic architecture and added French, Italian, Tudor and even Egyptian details. Designers were free to combine the styles to create several different well-known styles - and combine the styles as they saw fit. As a result, there are few Victorian homes that look the same.

Ideas from the Gothic style may have started the Victorian styles, but a kick from the Industrial Revolution nationalized the trend. Steam-powered sawmills could create elaborate materials cheaper and faster. As a result, late Victorian homes became increasingly ornate. Even lower-income families could afford trim and patterns to turn their existing homes into "folk Victorians."

The Queen Anne style came into fashion in the 1880s, at the height of the mass-production of architectural trim. These elaborate, brightly colored homes are the image most people think of when they picture a Victorian home.

As the Arts and Crafts Movement began to hit America, critics accused the Victorians of needless complexity and clutter, advocating a more streamlined, handcrafted home. The style fell out of fashion, but is still very prevalent in historic communities around the country.

Victorian homes have smaller rooms and less closet space than most modern homes. Also, like many historic home styles, you'll probably need to do some rewiring, and repair interior plaster and trim to correct house settling.

All that elaborate exterior trim can also turn into a lot of repair work. Most of the trim styles used on Victorian homes aren't widely available, so you may have to get costly custom replacements.

The most pressing hassles are often the health hazards of lead paint and asbestos. Victorians raved about asbestos and often used it in construction and decorating. Now we know asbestos fibers are carcinogenic if released into the air. Removal or sealing can be expensive, so make sure to get a thorough home inspection.

Thanks to the flood of ready-made designs, there are Victorian-style homes - especially Queen Anne style - all over the country. Most Victorian homes were built before 1910, but in Midwestern farming communities the style was still being built as late as the 1940s.

San Francisco and New Orleans are known for their painted ladies, and there are similar groups of the colorful houses in the Charles Village neighborhood in Baltimore; Lafayette Square in St. Louis; Cape May, N.J.; and the Columbia-Tusculum area in Cincinnati. If you like the style and don't mind doing the extra upkeep, you can likely find a Victorian in almost any city.

Characteristics of a Folk Victorian Home