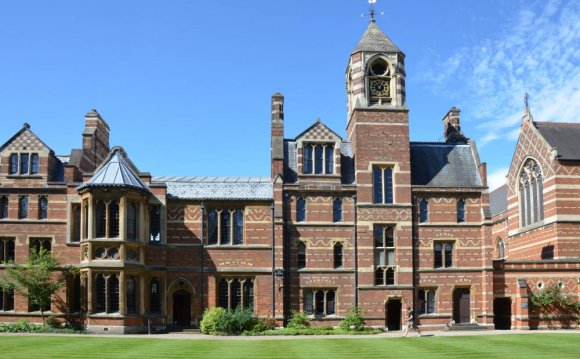 The Victorian and Edwardian housing boom meant that British suburbs today are often heavily dominated by this style, as for example Peterborough's Park and City Centre Conservation Areas. As a rough rule of thumb, Edwardian housing tends to be slightly squatter than Victorian, but other features are often very similar. To spot a house from this period, you can look out for a number traits, although not all houses will have all features, and it isn’t a hard-and-fast rule book either. But this list should give you a good clue.

The coming of the railways made it easier than ever to transport bricks around the country and patterned brick became popular. Victorian houses often used what is known as Flemish Brick bond, which consists of alternating headers (bricks whose end appears on the face of the wall) and stretchers (bricks whose long side appears on the face of the wall) along each course with the headers centred on the stretchers above and below.

Victorian houses were built in terraces as more and more people moved to urban areas from the countryside. The kitchen is usually found at the back, with gardens to the front and rear. As houses were built in a pre-car age without garages such gardens are sometimes now removed to make way for parking.

Distinctive decorative wooden panels on the gable ends (triangular end section of a pitched roof) of buildings were popular in the Victorian period.

Victorian houses commonly have slate roofs, again due to the new-found ease of getting building materials around by train. On the ridge (where two sides of a sloping or pitched roof meet) and gable ends they often have finials, a small carved ornament on the point. They also often have ridge tiles made of terracotta (unglazed or glazed fired clay, usually red in colour), which can be quite ornate.

Plate glass arrived in 1832, so unlike the smaller 6-by-6 paned Georgian windows, Victorian windows had larger six and later four-paned vertical sliding sash windows with a single glazing bar down the middle. Three-sided bay windows, which are projecting windows with a flat front and slant sides, were fashionable. The ground floor bay window often had its own roof, or it continued into a first-floor bay, again topped with a roof.

Victorian houses often have geometric terracotta floor tiles in the porch areas and through the ground floor. They were mainly of very natural colours such as red and brown, with dark blue, black and off-white also featuring.

Partly because of the Gothic revival, stained glass was popular in the Victorian period. Augustus Pugin’s revival of ‘mosaic’ stained glass, rather than painting directly onto the glass, created a distinct Victorian style. You can find it in doors and at the tops of windows.

8. Fireplace in every room

To keep the house warm the household would have a fireplace, often with a grate, in every room. Surrounds could be stone, marble or wood. This means that Victorian houses also tend to have a lot of terracotta chimney pots.

Unlike in earlier building styles, the Victorians were fond of porches in front of the main door into their houses. Styles range from enclosed stone or brick porches to open and part glazed timber frame porches, which might also be of latticework (an open framework of strips with a crisscross pattern). The Victorians and Edwardians created elaborated designs with steep roofs, coped gables, carved kneelers (horizontal projecting stone at the base of each side of a gable to support the inclined coping stones) and finials.

A lot of terraced houses have names and dates above the doors. This can be an excellent piece of evidence, although sometimes people put the date they made changes, moved in or got married, so once again it isn’t a hard-and-fast rule.

Armed with this checklist you should now be able to recognise the Victorian houses in your neighbourhood. Of course, there are loads more details that reveal a Victorian style; let me know what else you have spotted and any good examples of Victorian houses!

You can search for Heritage Open Days properties of different styles and periods in your area using the Period drop-down menu of the event directory's Advanced Search. Also see Sarah Holloway's post on finding your way around the event directory. For Heritage Open Days, the Landmark Trust will open The Grange, the house that Augustus Pugin built for himself in Ramsgate.

Victorian Architecture: Is Your House an Italian?