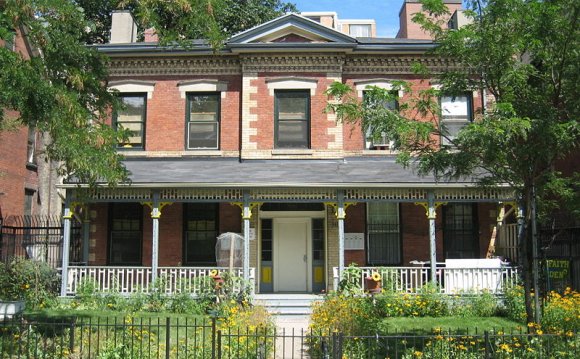 Though new technology drove innovation in Victorian architecture, nostalgia was its keynote. Past eras were plundered for inspiration.

Both watered-down Regency Classicism and the Greek Revival continued after Victoria came to the throne, but as her long reign wore on a battle of the styles developed. The Gothic Revival had a powerful grip on the imaginations of architects between 1855 and 1885. That still left room for a bewildering array of other borrowings from the past. Perhaps national pride encouraged an admiration for the architecture of previous periods of national confidence: Elizabethan, Jacobean and Scottish Baronial. Meanwhile Italianate Romanesque was one of the styles encouraged by John Ruskin's influential works (see sources below).

Britain had led the industrial revolution. The Great Exhibition of 1851 displayed the end products in a showcase which was itself a triumph of 19th-century engineering. The Crystal Palace designed by Sir Joseph Paxton was lavish with Victorian innovations - iron-frame construction, sheet glass, and integral heating. Its use of prefabrication and standardisation was a pointer to the future.

This vision of the machine age produced a backlash. The Arts and Crafts Movement, triggered by John Ruskin and William Morris, promoted the revival of traditional building crafts and the use of local materials in emulation of vernacular architecture. Richard Norman Shaw (1831-1912) was a brilliant exponent of the approach, producing a series of influential country houses in the 'Old English' style and then developing the 'Queen Anne' style for town and country. He was followed by the even more admired Sir Edwin Lutyens (1869-1944).