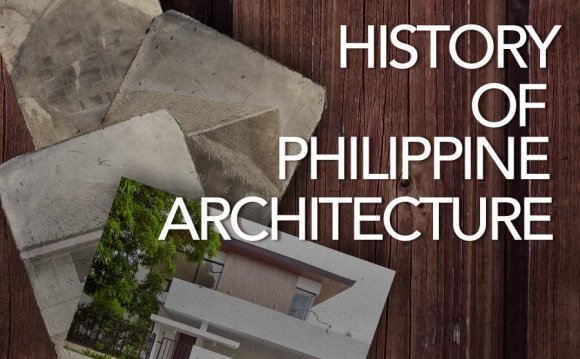 Few architects today design without sustainability in mind. Yet for several decades in the last century, this wasn’t always the case. To tell the story of sustainable architecture today we venture first to the architecture of the postmodern era.

Most successful architects of the postmodern period (which began in earnest in the 1970s) tended to play the compliance game, jumping through the necessary hoops mandated by city plan checkers and coastal commissions under pressure to employ environmentally friendly materials to reduce waste and conserve natural resources.

“These architects weren’t bored, but intimidated by environmental and social problems. They were seduced by the idea of creating an awe or aura about themselves, ” says Steven Nielsen, a Bay Area healthcare architect. Nielsen attended the prestigious Southern California School of Architecture (SCI-Arc) in Los Angeles in the mid-Seventies when mainstream academia began abandoning modern tenets in favor of freedom of expression architecture.

“Besides cars, there’s nothing more energy sucking than buildings, and as people who were designing fundamentally ecologically unfriendly things which threaten our sustainability, we should have been leaders of a green movement, ” says Nielsen. “Instead, we were pseudo intellectuals trying to please one another, creating our own design problems to solve and doing work which had nothing to do with a social concept or worldly citizenship.”

This focus on historic pastiche prompted Nielsen to ditch his studies at avant-garde SCI-Arc, where deconstructionist Frank Gehry lectured and Glen Howard Small titillated students with innovative hands-on studios. The once-promising think tank of big ideas seemed to be changing its stripes along with other respected institutions. “When I was at Yale in 1975, Richard Meier was one of my teachers and he looked at one of my drawings and said, ‘young man, solar energy has nothing to do with architecture, ’” laughs William McDonough, who went on to become Dean of Architecture at the University of Virginia and founder of William McDonough+ Partners. McDonough is considered a giant in sustainable design and authored the "Cradle to Cradle" approach to global developments.

“I think Meier took the sole practitioner view and didn’t understand how pursuing solar energy as a power source affected a building, ” says McDonough. “Meier was building structures with giant collapsed walls and lighting facing west and I couldn’t live with that. The issue had to do with our culture becoming so timelessly mindless and it was time to become timelessly mindful.”

Energetic but devoid of widely adopted energy strategies, the education milieu of the ‘70s turned away from ideas like Buckminster Fuller’s Montreal Biosphere, which wowed audiences at the Expo ’67. Based on the climate-proofed geodesic domes of German engineer Walther Bauersfeld, the imaginative approach addressed rising problems in housing and urban planning surfacing in the mid Sixties.

“Modern architects of the early and mid-twentieth century were politically idealistic and their architecture expressed their faith that modernization and progress would bring a better world, ” wrote the Preservation Institute's Charles Siegel. “Today, this technological optimism has faded, so our avant-gardist architects strain to create novel high-tech forms but have no social ideal to give these forms meaning.”

Critics of the postmodern direction felt the modern movement should never have been aborted because the modern thought process would have embraced and addressed ecological problems head on. Instead, the word style came into being, a temporary pleasing of the eye as opposed to a permanent solution to real problems.

The new style makers informed us of the value of a “decorated shed” in Learning from Las Vegas, a book written in 1972 by Robert Venturi, Denise Scott Brown, and Steven Izenour analyzing the buildings of the Vegas strip. Translated into 18 languages, the book had a huge impact on the emergence of postmodernism.

“Most of the intellectuals of the time—Eisenman, Pelli, and Tigerman—gave very short shrift to the entire ecological movement, yet these were the people giving the lectures and setting the tones for design, ” Nielsen remembers.

That’s not to say that ecological pursuits were inaccessible, according to internationally recognized modern architect and urban planner, Ray Kappe, who co-founded SCI-Arc in 1972 in Santa Monica along with a group of other faculty and students from the Department of Architecture at California State Polytechnic University, Pomona. Serving as the school’s first director until 1987, Kappe envisioned a more experimental perspective, conceiving “a college without walls.”

Discover Vilnius: 02. The History of Green bridge in Vilnius.