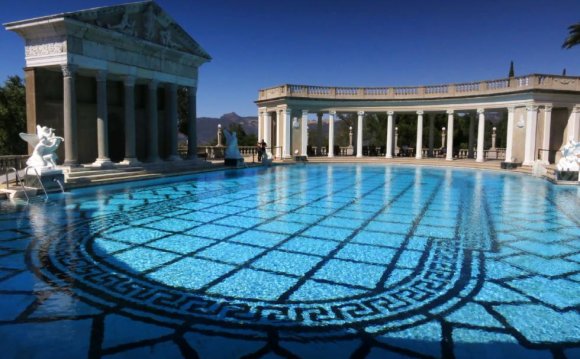 Purpose of Ancient Roman Columns
The purpose of Roman columns in structural engineering is to provide a vertical structural element that transmits, through compression, the weight of the structure above to other structural elements below. Roman columns were therefore often used to support beams or arches on which the upper parts of buildings, walls or ceilings rest. Roman Columns enabled the ancient Romans to build vast edifices with the humblest materials, to build bridges, aqueducts, sewers, amphitheatres, and triumphal arches, as well as temples and palaces. The application of Roman Columns extend to domes and cupolas, to floors and corridors and roofs, and to various other parts of buildings where economy of material and labor was desired. It was applied extensively to doorways and windows and is an ornament as well as a utility.

Types of Roman Columns - Doric Columns - Simplest Style of Columns
The Doric order or style of columns are the oldest and simplest of the classical styles. An example of the Doric column can be shown in the image at the top of the page. The oldest and simplest of the three main orders of classical Roman architecture are characterized by heavy fluted columns with plain, saucer-shaped capitals and base. The capital of the Doric column consists of a cushion-like convex molding known as an "echinus" and a square slab called an "abacus." The first level of the arches at the Colosseum are framed by half columns of the Doric order. The Doric style Roman Columns were considered to be able to hold more weight..

Types of Roman Columns - Ionic Style of Columns with Spiral Scrolls
The Ionic order, invented by the Asiatic Greeks is more graceful, though not so imposing as the Doric style. The capital is more ornamented than the Doric. The shaft is fluted and more slender. The Ionic Roman columns...

ISIS blows up hostages with ancient Roman columns in Palymra