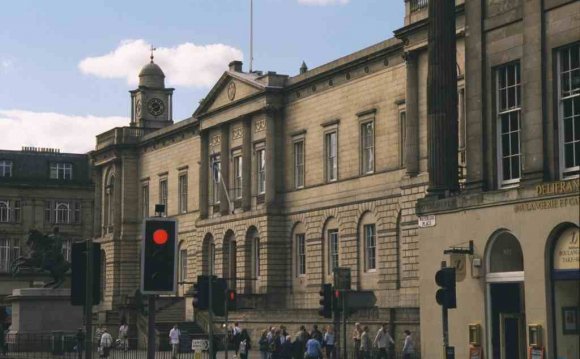 The Adam style (or Adamesque and "Style of the Brothers Adam") is an 18th-century neoclassical style of interior design and architecture, as practised by three Scottish brothers, of whom Robert Adam (1728–1792) and James Adam (1732–1794) were the most widely known.

The Adam brothers were the first to advocate an integrated style for architecture and interiors; with walls, ceilings, fireplaces, furniture, fixtures, fittings and carpets all being designed by the Adams as a single uniform scheme. Commonly and mistakenly known as "Adams Style, " the proper term for this style of architecture and furniture is the "Style of the Adam Brothers."

The Adam style found its niche from the late 1760s in upper-class and middle-class residences in 18th-century England, Scotland, Russia (where it was introduced by Scottish architect Charles Cameron), and post-Revolutionary War United States (where it became known as Federal style and took on a variation of its own). The style was superseded from around 1795 onwards by the Regency style and the French Empire style.

During the 18th century there was much work for eager architects and designers, as Britain experienced a boom in the building of new houses, theatres, shops, offices and factories, with towns growing rapidly due to the onset of the Industrial Revolution. The emphasis was on modernisation, with regulations being introduced to clean up the nation’s streets, promoting the re-paving of roads and pavements, improving drainage and street lighting, and better fireproofing of buildings with the widespread use of brick and stone. Speculative building was rife, with some developers focussing on high speed and low cost. Sometimes, newly built houses collapsed due to poor workmanship; whilst others continually shifted on their foundations, giving rise to the phrase "things that go bump in the night", as mysterious crashes, creaks and thuds were heard by their inhabitants late at night. London experienced major expansion, with the newly built West End, which included the elegant squares of Mayfair; areas of the East End of London were also developed, such as the new terraces in Spitalfields. The cities of Edinburgh, Bristol and Dublin were all expanded and modernised. Birmingham was described in 1791 as being the "first manufacturing town in the world". Manchester and Liverpool each saw their population triple between 1760 and 1800. New towns, like Bath, were constructed around natural spas. Old medieval cities and market towns, such as York and Chichester, had their buildings re-fronted with brick or stucco, plus new sash windows, to give the impression of modernity, despite the underlying structures remaining medieval.