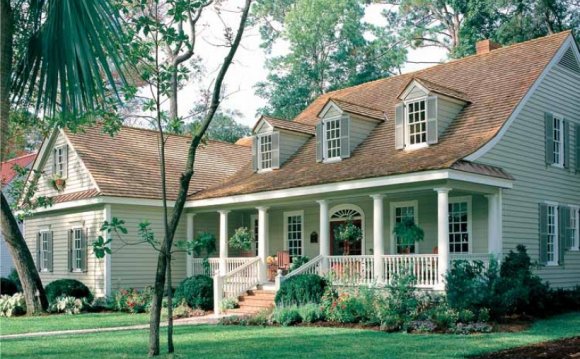 The Adam style was a refinement of the preceding Georgian style.

Robert Adam was a dominate force in English architecture. Roman influences, from the sources he observed himself in his travels to Italy and not based on Renaissance interpretations, highlight his work. He popularized a number of design elements (swags, garlanmds, urns, and various stylized geometric designs) that he had seem in Italy. He also observed a diversity of spacial planning in Roman ruins and incorporated those into his designs.

Adam was intensely influential to American architecture following the Revolutionary war in a period which is often called Federal (1780 to 1820). A new country required a new architecture, not only for its public buildings, but also for domestic residences. America also now had architects: Charles Bulfinch in Boston, Benjamin H. Latrobe in Philadelphia and Virginia, Gabriel Manigault in Charleston, South Carolina, William Jay in Savannah, Georgia, John McComb in New York, Samuel McIntire in Salem, Massachusetts, and Alexander Parris in Maine. Examples of Adam style architecture can be found in all the principal seaports along the Atlantic coast, although scattered examples can be found elsewhere.

Identifying features of an Adam style residence, include

In addition to single family dwellings, attached and detached town houses began to appear. Principal concentrations remain in Boston, Philadelphia, Georgetown in the District of Columbia, and Alexandria, Virginia.

Compared to the earlier Georgian houses, Adam houses tend to appear to have a lightness and delicacy. Details tend to be smaller, but larger structural elements, such as windows and ceilings tend to be larger or higher. The interiors of many Adam houses contain graceful decorative ornament, eith or wood or plaster, applied to mantels, walls and ceilings. Such decorations often are carried over to the exterior as well, around windows and doors.
Beacon Hill, Boston

The architect for Russell House in Charleston, South Carolina is unknown. However, the house plan is remarkablly true to the spirit of Robert Adam from the use of shapes for the rooms and the use of decoration throughout.

The photo credits for this section are as follow:

Boston: Patricia M. Shillingburg
Charleston: The photographs are by Alex McLean, from Great American Houses and their Archtectural Styles, by Virginia and Lee McAlester, 1994

ADAMS HOMES in Huntsville with Your Agent Adam Remer