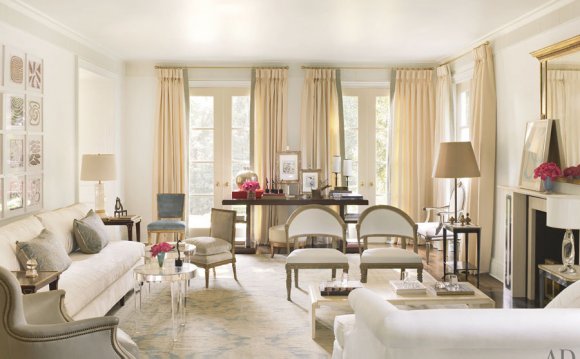 It’s harder than it looks to capture a building’s pretty side. Take a scroll through #architecture on Instagram, and you’ll see what I mean. Lopsided framing, terrible light, questionable use of black and white filters—yep, there are many a pitfall when attempting to photograph a building. But when it’s done well, architectural photography is capable of making us feel like we’re really in a space, peering over the curved ramp of the Guggenheim or shrinking under a soaring ceiling.

The 20 best architectural photos from the last year (deemed so by judges at the World Architecture Festival) have this power. You can see them now in Building Images, a recently opened exhibition at London’s Sto Werkstatt Museum. The exhibition, which showcases the finalists from the Arcaid Images Architectural Photography Awards, is meant to be a celebration of the built world’s beauty. And true to it’s claim, there are some dazzling photos here.

Some, like Hufton + Crow’s stark interior shot of Zaha Hadid’s Heydar Aliyev Building in Azerbaijan, are instant classics. Others, like Sonia Mangiapane’s photo of a cow stable are less expectedly beautiful. It’s this fact, that the show isn’t just a series of full-frontal glamour shots, that makes it worthwhile. Sure, capturing an iconic images is matter of composition, lighting, texture, but it’s also about finding the essence of a building. So often the essence is found while the building is in use. Joao Morgado’s shot of the Alvaro Siza Vieira designed pool in Portugal is a great example. The aquamarine pool is almost an aside to the sprawling ocean and hundreds of bodies dotting the beach, yet this sense of context is what makes the built structure so incredible.

Great architectural photographers like Ezra Stoller and Iwan Baan have proven that a still image is an art form unto itself. Yet, architectural photography comes with an inherent “second best thing” mentality. And fair enough—there’s nothing like tiptoeing through soaring halls or seeing a facade glisten when the sun hits it just right. Architecture has always been best experienced in three dimensions, but if you can’t make it to the building, a photograph can be a damn fine replacement.