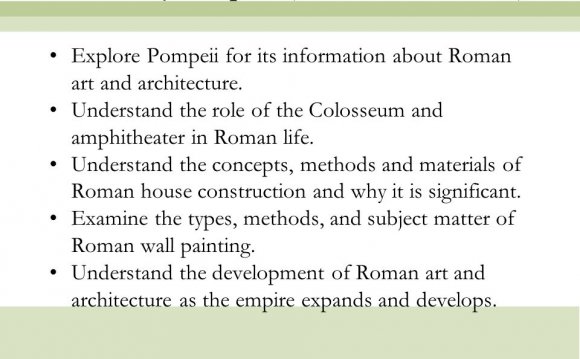 Roman Art: When and Where

Roman art is a very broad topic, spanning almost 1, 000 years and three continents, from Europe into Africa and Asia. The first Roman art can be dated back to 509 B.C.E., with the legendary founding of the Roman Republic, and lasted until 330 C.E. (or much longer, if you include Byzantine art). Roman art also encompasses a broad spectrum of media including marble, painting, mosaic, gems, silver and bronze work, and terracottas, just to name a few. The city of Rome was a melting pot, and the Romans had no qualms about adapting artistic influences from the other Mediterranean cultures that surrounded and preceded them. For this reason it is common to see Greek, Etruscan and Egyptian influences throughout Roman art. This is not to say that all of Roman art is derivative, though, and one of the challenges for specialists is to define what is “Roman” about Roman art.