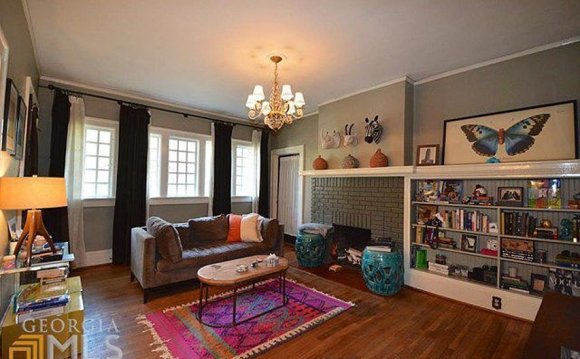 This week, 100 years after she died, America's first female architect is getting a grave marker. Louise Bethune, the first woman to be recognized as a professional architect, was buried next to her husband in Buffalo, New York's Forest Lawn cemetery following her death in 1913. For whatever reason, her family included only her husband's name on the gravestone. In honor of her early contributions to the field of architecture, the Buffalo and New York State chapters of the American Institute of Architects, as well as the Buffalo Architecture Foundation, will place a memorial marker on her grave.

Bethune was born in 1856 in Waterloo, New York, a stone's throw away from Seneca Falls, where the women's suffrage movement had kicked off only a few years before. As the story goes, a family friend sarcastically suggested to the young Bethune that she go into architecture. Contrary to his intentions, she took the advice.
It was thought that a woman couldn’t supervise construction and wear a dress at the same time.

At age 20, Bethune was offered a position as a draftsman in the Buffalo offices of Richard A. Waite and F.W. Caulkins. At the time, Buffalo, where Bethune grew up, was a hub of architectural fervor, and many of the great architects of the late 19th and early 20th century, including Henry Hobson Richardson, Louis Sullivan, Daniel Burnham, and Frederick Law Olmsted, had commissions there. Five years later, in 1881, she founded her own architectural firm, partnering with Robert Bethune, whom she would marry a few months later. In 1885, she applied to become a member of the Western Association of Architects, a professional organization that later merged with the American Institute of Architects. Daniel Burnham and Louis Sullivan, respectively chairman and secretary of the WAA board, both advocated for her membership. Once granted entry into the WAA, she became the first woman to be recognized as a professional architect. A few years later, she became the first woman to be elected to the AIA, and the first female AIA fellow.

While Bethune handled most of the design and construction work for her firm, as with any woman trying to carve a place for herself in a previously male-only field, she faced some pushback. "Both she and Julia Morgan were told by members of the media that they could not be architects, " Bethune biographer Kelly Hayes McAlonie tells Co.Design. " It was thought that a woman couldn’t be an architect and supervise construction and wear a dress at the same time." Around the the turn of the century, by one historian's count, less than 40 women were working in architecture in North America. (Sadly, the field hasn't changed that dramatically. In 2011, just 21% of registered U.S. architects were women.)

Most of Bethune's work wasn't groundbreaking or particularly innovative—Hayes McAlonie calls it "derivative of its time"—but she was the first woman to break into the professional world of architecture, and a number of the structures she built still stand. Yet Bethune has largely disappeared from the history books. Hayes McAlonie has lobbied for her entry into the National Women's Hall of Fame to no avail. Outside of Buffalo, where most of her buildings were built, she is rarely referenced.

"She made me so aware of how women’s history disappears " says author Carla Blank, whose forthcoming book, Storming The Old Boy's Citadel, focuses on Bethune and a Canadian architect, Mother Joseph of the Sacred Heart. "Generally whoever is first in something is celebrated."
She wanted to prove that she was an architect equal in stature to other architects working at the time like Louis Sullivan and Daniel Burnham.

Bethune often focused on very utilitarian, simple structures. She preferred to build schools and other public buildings, though she took residential projects on occasion. However, her most enduring legacy can be seen in Buffalo's recently renovated Hotel Lafayette, which opened in 1904. "I would call it ornate, " Blank says. "She was trying to prove that she was an architect equal in stature to other architects working in Buffalo at the time, " including big names like Sullivan and Burnham. "She was really making a big statement there to show that she could do this, " Blank says.