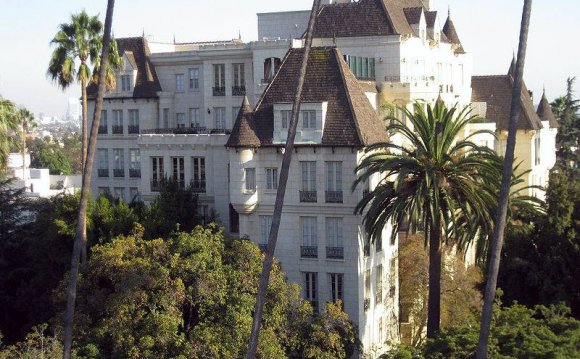 Rouen and the towns of the Seine are built with chalky limestone from the valley sides. A similar affinity exists between the local materials and the buildings in the Caux region, where pebbles are set in flowing mortar. Clay, in cheap and plentiful local supply, was used for the cob of the timber-framed thatched cottages and for making bricks, which were often ingeniously set to make decorative patterns.

The Benedictines and romanesque design

In the 11C, immediately after the period of Viking invasions, the Benedictines returned to their task of clearing the land and constructing churches and other monastic buildings. These architect monks retained the robust building methods employed by the Carolingians and then embellished their constructions with the Oriental dome or the barrel vault used by the Romans for bridges and commemorative arches. This new architectural style, created by the Benedictines, was named Romanesque by Arcisse de Caumont, an archaeologist from Normandy, who in 1840 outlined the theory of regional schools of architecture. Despite its apparent simplicity Romanesque architecture is wonderfully diverse. In England the style is known as Norman.

Norman School and its abbey churches

The Benedictines, supported by the dukes of Normandy, played an immensely important part in the whole life of the province; only their work as architects and creators of the Norman School is described below.

The first religious buildings of importance in Normandy were the churches of the rich abbeys. Early monastic buildings may have disappeared or been altered, particularly after the Reform of St Maur, but examples of the Benedictine flowering have survived – the ruins of Jumièges Abbey and the churches on Mont-St-Michel, in Cerisy-la-Forêt, St-Martin-de-Boscherville as well as Église St-Étienne and Église de la Trinité in Caen.

The Norman School is characterised by pure lines, bold proportions, sober decoration and beautiful ashlared stonework. The style spread to England after the Norman Conquest. Durham Cathedral provides the first official example of quadripartite vaulting, erected at the beginning of the 12C. The Norman style is to be seen in Westminster Abbey, which was rebuilt by Edward the Confessor, in the two west towers and the square crossing tower of Canterbury Cathedral and in the cathedrals of Southwell, Winchester and Ely in England.

Norman architecture also appeared in Sicily in the 11C in the wake of noble Norman adventurers; in France it paved the way for the Gothic style.

The abbey churches are characterised by two towers on either side of the west front, giving the west face an H-like appearance, and a square lantern tower above the transept crossing, which also served to increase the light inside.

The towers, bare or decorated only with blind arcades below, get lighter with multiple pierced bays the higher they rise (in the 13C many were crowned by spires quartered by pinnacles). Charming country churches are often surmounted by Romanesque belfries, which are crowned with a saddleback roof or a four-sided squat wood or stone pyramid, the forerunner of the Gothic spire.

The interior light and size of Norman abbeys is very striking. The naves are wide with an elevation consisting of two series of openings above great semicircular arches – an amazingly bold concept for a Romanesque construction. The Norman monks eschewed the heavy barrel vault in favour of a beamed roof spanning the nave and galleries, reserving groined stone vaulting (the crossing of two semicircular arches) for the aisles. The vast galleries on the first level open onto the wide bays of the nave and repeat the design of the aisles. At clerestory level a gallery or passage in the thickness of the wall circles the church. A dome over the transept crossing supports a magnificent lantern tower which lets in the daylight through tall windows.

The abbey churches, like all others of Romanesque design, were illuminated on a considerable scale with gilding and bright colours as were the manuscripts of the time. The main themes were those of Byzantine iconography.

Norman sculptural decoration is essentially geometric; different motifs stand out, of which the most common is the key or fret pattern (straight lines meeting at right angles to form crenellated or rectangular designs). The decorative motifs are sometimes accompanied by mouldings, human heads or animal masks emphasising recessed arches, archivolts, cornices and mouldings. Sometimes the monks executed in low-relief motifs copied from cloth, ivories or metalwork brought back from the Orient; this is the origin of the cornerstones in the great arcade in Bayeux.

Capitals are rare and, where they exist, they are carved with gadroons or stylised foliage.

The style, conceived in Île-de-France, apart from quadripartite or rib vaulting, which originated in Norman England, was known as French work or French style until the 16C when the Italians of the Renaissance, who were resistant to the Parisian trend, scornfully dubbed it Gothic. The name survived. The French copied the H-shaped façades and great galleries of the Norman abbeys (the west front of Notre-Dame in Paris is based on that of the Église de la Trinité in Caen and its galleries on those of the Église St-Étienne).

Gothic is an ideal artistic style for cathedrals, as it symbolises the religious fervour of the people and the growing prosperity of the towns. In an all-embracing enthusiasm, a whole city would participate in the construction of the house of God. Under the enlightened guidance of bishops and master builders, all the guilds contributed to the cathedral’s embellishment: stained-glass makers, painters, wood and stone carvers went to work. The doors became the illustrated pages of history.

Gradually the national Gothic style percolated into Normandy before the province was seized by Philippe Auguste in 1204.

In the 13C the Gothic and traditional Norman styles merged. The best example of this fusion is Coutances Cathedral, where the pure proportions and the lofty austerity of the Norman style combine with Gothic sophistication as in the lantern tower. This was also the period of the superb belfries of the Caen and Bessin plains, typified by their tall stone spires, often pierced to offer less resistance to the wind, and quartered with pinnacles.

The magnificent Merveille buildings of Mont-St-Michel give an idea of total Norman Gothic ornamentation. Sobriety provides the foundation over which foliated sculpture reigns supreme; plants of every variety decorate the round capitals, cover the cornerstones and garland the friezes. The three- and four-leafed clover in relief or hollowed out is a frequent motif but statuary is rare. Lisieux Cathedral and the Tour St-Romain of Rouen Cathedral show the degree of French Gothic influence in Normandy by the end of the 12C.