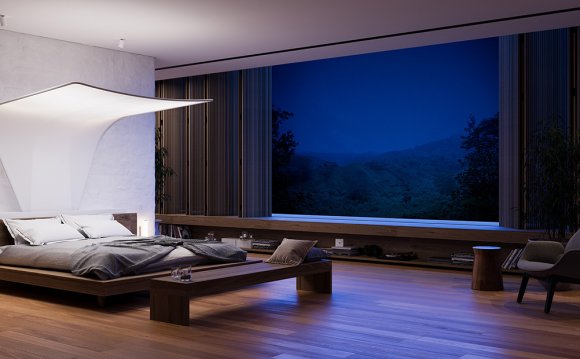 Canada's geography is highly diverse, and there are thus important differences in architecture. In most of Canada building materials are abundant, and the price of lumber and stone are low. The major exception are the prairie and the far north, where wood is in short supply. In the far north transportation costs of all goods are extremely high, and any construction project is expensive.

For the most part Canada is secure from major natural disasters that affect the architecture of other nations. However, the Canadian climate needs to be taken into account for every structure. Buildings need to be well insulated to protect their inhabitants against the cold of winter while also being able to withstand the heat of summer. Buildings must be designed to survive the repeated cycle of freezing and thawing that can shatter stone and move buildings off their foundations. In parts of Canada, buildings must also be able to survive the heavy weight of snow, which can collapse certain structures. In coastal British Columbia, the region's heavy rainfall is a factor in weatherproofing buildings, and ignoring it can have expensive consequences.

A group of Haida bighouses

Prior to the arrival of Europeans the First Nations lived in a wide array of structures. The semi-nomadic peoples of the Maritimes, Quebec, and Northern Ontario, such as the Mi'kmaq, Cree, and Algonquin generally lived in wigwams. These were wood framed structures, covered with an outer layer of bark, reeds, or woven mats; usually in a cone shape although sometimes a dome. These groups changed locations every few weeks or months. They would take the outer layer of the wigwam with them, and leave the heavy wood frame in place. The frame could be reused if the tribe returned to the location at a later date.

Further south, in what is today Southern Ontario and Quebec the Iroquois society lived in permanent agricultural settlements holding several hundred to several thousand people. The standard form of housing was the long house. These were large structures, several times longer than they were wide holding a large number of people. They were built with a frame of saplings or branches, covered with a layer of bark or woven mats.

On the Prairies the standard form of life was a nomadic one, with the people often moving to a new location each day to follow the bison herds. Housing thus had to be portable, and the tipi was developed. The tipi consisted of a thin wooden frame and an outer covering of animal hides. The structures could be quickly erected, and were light enough to transport long distances.

In the Interior of British Columbia the standard for of home was the semi-permanent pit house, thousands of relics of which, known as quiggly holes are scattered across the Interior landscape. These were structures shaped like an upturned bowl, placed on top of a 3-or-4-foot-deep (0.91 or 1.22 m) pit. The bowl, made of wood, would be covered with an insulating layer of earth. The house would be entered by climbing down a ladder at the centre of the roof. See Quiggly hole.

Some of the most impressive First Nations architecture was that of the settled people of the west coast such as the Haida. These people used advanced carpentry and joinery skills to construct large houses of redcedar planks. These were large square, solidly built houses. The most advanced design was the six beam house, named for the number of beams that supported the roof. The front of each house would be decorated with a heraldric pole, the pole and sometimes the house would be brightly painted with artistic designs.

In the far north, where wood was scarce and solid shelter essential for survival, several unique and innovative architectural styles were developed. One of the most famous is the igloo, a domed structure made of snow, which was quite warm. In the summer months, when the igloos melted, tents made of seal skin, or other hides, were used. The Thule adopted a design similar to the pit houses of the BC interior, but because of the lack of wood they instead used whale bones for the frame.