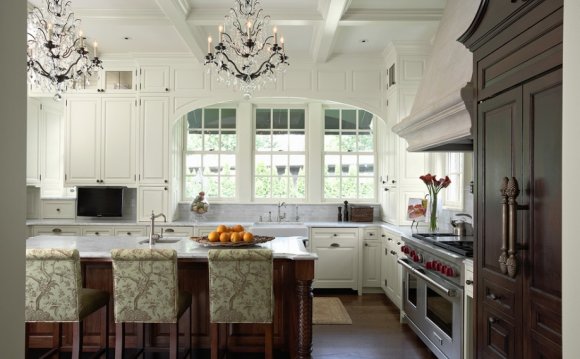 Think of American architecture in the 19th century and, most likely, Victorians of various shapes and styles come to mind. But while it was true that Sticks, Second Empires, and Queen Annes were popping up across the country, an inevitable change in taste began to develop on the East Coast in the 1870s. Whether it is seen as a stylistic backlash or as a more complex reaction to social trends and historic events, the Colonial Revival took hold quickly and became one of this country's longest-lived architectural forms, with countless versions being built even today.

Architectural historians such as Vincent Scully describe a nostalgia for “the good old days” beginning to emerge in the mid-1800s. Books and articles appeared describing old ways and old days, especially those in seaside locations like Newport, Rhode Island, and Newburyport, Cape Ann, Cape Cod, Nantucket and Martha's Vineyard in Massachusetts. Something about the simplicity and wholesomeness of earlier times down by the sea captured the imaginations of people feeling overwhelmed by their increasingly complex, industrialized world, with its crowded and unhealthy cities.

The approach of the country's centennial did nothing to dampen this fascination with our past, and all things old and American took on a special glow. Some have suggested that part of this looking back to an idealized colonial past was fueled by Anglo-Saxon America's growing unease with the waves of European immigrants hitting American shores, as well as the emancipation of this country's slaves following the Civil War.

Whatever the reasons, the climate was right for a new style of architecture based on the perceived values and received forms of the colonial era. In 1874, an influential magazine published a photograph of a 1728 house in Newport, lamenting its advancing state of decay and advising that such houses should be preserved or at least recorded, as they were both picturesque and of “architectural merit.” In 1877, the prominent architects McKim, Mead, White and Bigelow took what they called their “celebrated” trip through New England, sketching and making measured drawings of “important colonial houses.”