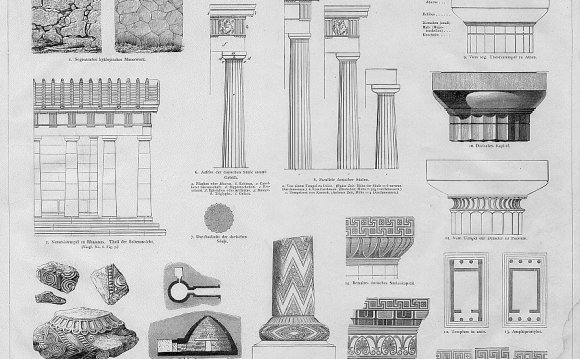 Eaves of the Forbidden City, the largest ancient palatial architecture

From Primitive Society to the Han Dynasty, the technique on timber structure buildings were gradually improved and perfected. Builders had mastered earth ramming skills. They also knew how to fire tiles and build with stones. The output and quality of the bricks and tiles are improved, as well as the techniques on timber structure. Many Buddhist architectures are built then.

During the Sui and Tang Dynasties, the application of bricks had become more popular. Advance had been made in baking glazes. The proportion of the building components fell into a fixed pattern.

The Song Dynasty period was an important time for ancient Chinese architecture. Great improvement had been made during that period. The scale of the buildings in the Song Dynasty is generally smaller than that in the Tang Dynasty. However, they were more beautiful, gorgeous and are rich in diversity. There are many kinds of buildings in complicated models, such as palace, pavilion, multistory buildings and terraces. During the Yuan Dynasty many Tibetan Buddhist temples and Islamic mosques were built. The architectural arts of Tibetan Buddhism and Moslem had influenced all over the nation.

Ancient architecture building reached its zenith during China two last imperial dynasties-Ming and Qing Dynasties. The production of the bricks had greatly increased. The quality and quantity of glaze tiles had exceeded any past dynasties. The official buildings were highly standardized.