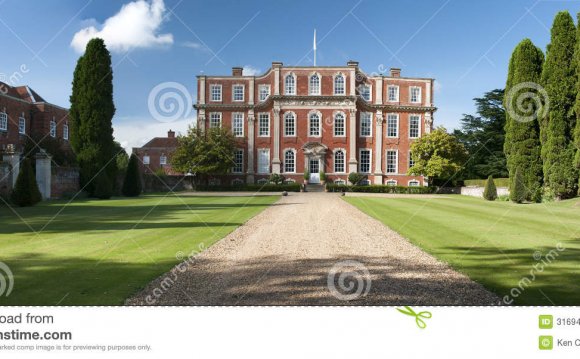 Many books have been written recounting the history of our country from its earliest days at Jamestown to the time of the American Revolution. (HANDOUT I) But the story can also be related without words from a perusal of surviving landmarks. Old homes, taverns, churches, and public buildings relate the drama of colonial times and the lives of our ancestors are revealed in their architecture. The buildings that exist today are now, for the most part, museums. They were not always; some were official buildings in which the affairs of the colony were conducted. Others were the homes of men and women; children were born in them and were married and died. Still others were places of worship where the colonists sought refuge in the word of God. The sequence of colonial architecture, whether in New England or on the James River, was that of necessity; one can see the shift from crude shelters and defensive outposts to the construction of dwellings, churches, homes, and public buildings of a planned community with a definite future. (HANDOUT II).

Between the two strong and opposing cultures of Virginia and New England, the only continuous highway was the sea. The early model of New England could hardly have worked in the South, and neither could the early model of Virginia have worked in the North. Two main cultures emerged from the English settlements in the North and South: the Southern planter society had a ruling aristocracy and great class distinctions between the wealthy and the poor; New England was more of an egalitarian settlement under the control of a Puritan oligarchy, in which a strong middle class had developed.

The first concern of the European settlers, after they arrived in America, was to provide themselves with shelter. They did this with whatever materials were at hand, according to whatever methods of construction they could remember, devise, or observe. The earliest shelters in all frontier situations were similar; caves were dug in hillsides, tent-like structures were made of tree branches and covered with cloth, or stakes were driven into the ground to form palisades which were roofed with rushes or branches woven into mats and covered with sod or plastered with mud.

Of the original houses built by the first settlers, there seem to be no remains, but there is much documentary evidence. The first dwellings, at least among the poorer class, were what were called cellars. They were so named because they were constructed in exactly the sane way as were the outdoor cellars used for the storage of vegetables. None of the well-to-do among the settlers made use of these cellars except for the first few weeks, or perhaps, months of their stay. The homes of the poor no longer exist today; they were either torn down or left to decay. Most of the homes that remain today are representative of the middle and wealthy classes.

The hones of the English colonists were derived from both the manor house and the humble cottage of their mother country. In seeking the origins of the style of building and manner of their construction, it is found that, in the colonies, the differences in construction are traceable to the parts of the old country from which the majority of settlers came. It was the most natural thing in the world for them to bring with them impressions of their native home. It was just as natural for them to erect dwellings more or less in the same way as they had been accustomed to do in their homeland. (HANDOUT III) Always to be taken into consideration, however, was the availability of materials and tools necessary for construction.

Five hundred miles along the Atlantic from Delaware Bay to the Savannah River, from coastal tidewaters to the uplands of the Piedmont, the South spread its plantations. In this great region Southern colonial architecture developed, from crude shelters and frame and brick farmhouses in the 17th century to the sophisticated Georgian mansions of the l8th century. The settlers of the South were predominantly English and had no quarrel with the Anglican Church, or with the King. They were loyal to the institutions and beliefs of England and this is reflected in their architecture.

On May 14, 1607, the establishment of the colony of Jamestown, Virginia, was founded. While gentlemen watched, laborers and seamen cleared trees and erected a log palisade for protection. James Fort was a large triangle; its river side measured 420 feet long and its other two sides measured 300 feet. (slide) At each corner was a bulwark built like a half moon on which cannons were mounted. The main gate faced the river. The fort enclosed about one acre with small dwellings paralleling the walls (slide) and a church, guardhouse, and storehouse at the center. The buildings were constructed of wood beams and clay bound with straw and, possibly, saltmarsh grass. The roofs were made of rushes. (slide) The chimneys of the first dwellings also followed this pattern of construction, so that fire was always a threat. Windows and doors were openings cut in the side of the house. Glass or oilskin was not used in the beginning. Instead, wooden shutters were used to close the openings. (slide)

Early Georgian architecture and gardens and their Italian ...