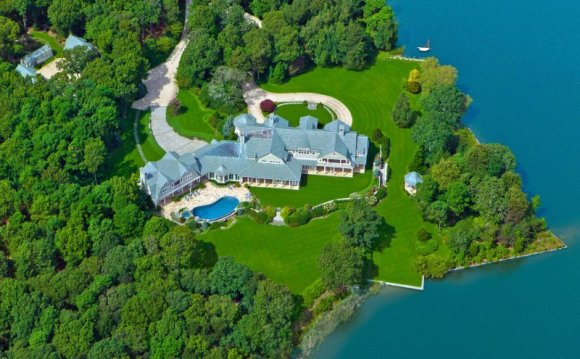 Georgian architecture was the dominant style of 18th century America. This style is called Georgian because it was dominant from approximately the reign of King George I who ascended the throne in 1711, until the end of the American Revolution (King George III). By the early 1700s, English colonies in America were a bit more prosperous, and the wealthier people wanted to “upgrade” to a larger & fancier style to set themselves apart and emulate the English. They began to import the “Georgian” style – first in the larger towns & cities, as well as river valleys, then gradually to the countryside. This style departed from medieval influences and reflected the Roman Classicism popularized in the Italian Renaissance (by Andrea Palladio). This style was made more accessible through printed books on architecture from England called “pattern books.” The Georgian style was fairly homogeneous from Maine through the southern states.

What to look for:
One prominent feature of Georgian architecture is symmetry & a box-like (rectangular) form (quite a departure from post-medieval homes. Many Georgian houses were 2 rooms deep (four rooms over four rooms), though some farmhouses were still just one room deep on each side. Georgian houses usually featured a paneled front door, centered on the facade of the house, and often topped with a decorative crown or pediment; but again, “country” versions (farmhouses) did not necessarily have any elaborate ornamentation (SEE BELOW). These crowns would sometimes be arched (elliptical) pediment (see above pic), or scrolled (or broken) pediments, triangular pediments (like an arrow), or in vernacular examples, fairly plain, horizontal moldings. Many high-style versions feature two-story pilasters & an elaborate pediment, or even columns supporting a pediment — further emphasizing the center entrance (for a grand example of this, see the photo of Drayton Hall later in this article).

In the Connecticut River valley in Connecticut and in Massachusetts, prominent architects created trademark Georgian houses, usually featuring a larger-than-normal scale, a gambrel roof, and a very elaborate, Baroque-inspired front door surround. These high-style examples – especially after 1750 – often also feature decorative on the corners of the house, dormers, 2-story pilasters, a roof balustrade (like widow walk), Classical influenced pilasters (flattened columns) on doorways and house corners, and some decorative elaboration on cornice, such as dentil moldings (easy to remember b/c look like teeth, though the spelling is different).

It was also common for the more upscale versions to feature rectangular windows either in the door or just above the door, usually referred to as “transom lights.” Common features of any Georgian-era house include double-hung sash windows with many square panes with wide, shallow muntins — usually 9-over-9 or 12-over-12, or 9-over-12 (again, a departure from diamond-paned windows of medieval architecture). The tops of upper-story windows were usually very close to the roof line. The facade of the house was generally five-ranked (or “five-bay”), meaning 4 windows plus the door across the front & 5 windows across the 2nd story.

Colors were usually absent early in the Georgian era, and instead unpainted shingles or clapboarding sufficed; however, many high-style homes were brick or painted white. Later, clapboard homes were often painted red or gray, which might suggest brick or stone. The picture below shows a restored Georgian house in South Windsor, CT, which appears much like a newly built “country” Georgian in the 18th century may have looked.