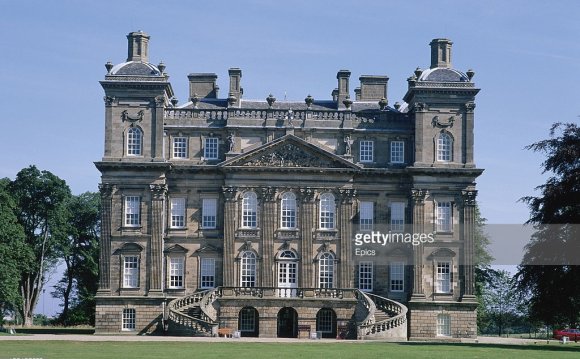 Houghton Hall, a grand Palladian mansion of silver-white stone, was built to be the country seat of Robert Walpole, Britain's first prime minister. The elegant exterior, by Colen Campbell and James Gibbs (whose contributions include the domed corner towers), conceals sumptuous interiors by William Kent. Completed in 1735, the hall sits in 350 acres of parkland, home to a herd of white fallow deer. Landscaped by Charles Bridgeman, the grounds also house recent art by James Turrell and Richard Long.

Even in a city that prides itself on its flamboyance, the Royal Pavilion stands out. Outside is a riot of minarets, towers and domes; inside the most sumptuous chinoiserie anywhere in Britain. The exteriors are the work of John Nash, who transformed Henry Holland's neoclassical building with the help of a cast-iron framework. Sadly, Nash's practical skills did not always match his artistic vision: by 1830, just seven years after the building was complete, the roof was starting to leak and dry rot was appearing. Restoration work has been going on since the mid-19th century.

A few kilometres from Derby, the neoclassical Kedleston Hall is the seat of the Curzon family, whose local connection dates back to the 12th century. Its interiors, which have changed little since its completion in the 1760s, are one of the best examples of Robert Adam's work. As for the building itself, Adam was the last and most influential of three architects who worked on it, the others being Matthew Brettingham and James Paine. His hand can best be seen in the south front, with its four-column triumphal arch and sweeping double staircase. The grounds were also Adam's work.

Robert Adam's 1773 bridge across the Avon is one of few in the world to be fully lined with shops, and was partly inspired by Andrea Palladio's rejected design for the Ponte de Rialto in Venice. Commercially unsuccessful, it was insensitively redeveloped almost immediately after Adam's death. Largely restored for the 1951 Festival of Britain, and again for 1975's European Architectural Heritage Year, it is now Grade I-listed and one of Bath's best-loved structures.

Designed by William Blackburn, Littledean's 1791 House of Correction is the best preserved of the jails commissioned by the reform-minded George Onesiphorus Paul. Airy and light (for an 18th-century prison), it is now a family home and privately run museum, its sandstone facade containing assorted torture and execution equipment, a model of the jail in 56, 000 matchsticks, Britain's largest private collection of police memorabilia and a Dalek.

Opened in the 1820s as the Royal Institution, and enlarged just a few years later, William Playfair's Royal Scottish Academy building was almost crowned with a statue of Pallas Athena, the Greek goddess of wisdom. In the end, the Athens of the North got Queen Victoria. The academy is still one of the city's most impressive buildings, a fitting companion to its neighbour on the Mound, Playfair's National Gallery of Scotland.

No 28 St James's Street, home of the private members' club Boodle's, was originally the Savoir-Vivre club house. Influenced by the work of Robert Adam, this handsome building was designed in 1775 by John Crunden, best known as the author of pattern books for those wishing to construct Palladianesque buildings. The club hoped to attract high-rolling gamblers and was reportedly "furnished in a style beyond any preceding club: classical pictures, sofas and chairs covered with satin, etc."

Built by William Chambers in 1762, when Britain was in love with all things Chinese, the 50m-high pagoda was intended as a surprise for Kew's grande dame, Princess Augusta. Not everyone appreciated it; during construction, Horace Walpole, who lived nearby, harrumphed, "In a fortnight you will be able to see it in Yorkshire." A slight exaggeration, perhaps, but for some time the pagoda's 10 storeys made it the tallest Chinese-style building in Europe.

Once the home, studio and testing ground of neoclassical architect John Soane, 13 Lincoln's Inn Fields now houses drawings and models of his commissions, as well as his collection of art, antiquities and curios. The building itself, which he rebuilt in two phases (1808-9 and 1812), provides a masterclass in the use of light and mirrors.

This curved street of 30 houses, completed in 1774, is "architecture on a truly palatial scale", in the words of travel writer Jan Morris. It's also a remarkable combination of conformity and disorder. Facing the public is an elegant three-storey Georgian facade, designed by John Wood the Younger; behind is a hodge-podge of heights and influences. The first residents simply bought a stretch of frontage and hired their own architects to fill in at the back. A museum in No 1 shows how they lived.

Locus of Control: Definition and Examples of Internal and ...