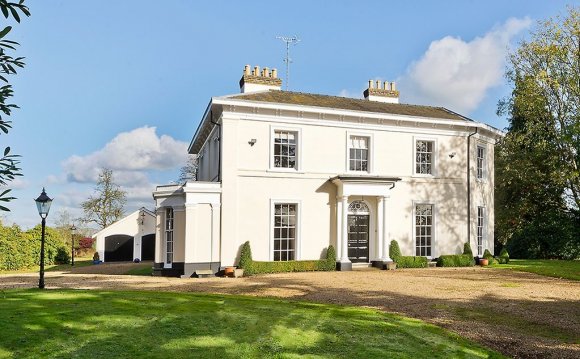 Much of the British architecture created between the late 17th century and the late 18th century was driven by one ambitious idea: to recreate the ancient classical world.

The Italian Renaissance's idealisation of classical culture had entered Britain during the 16th century; by the early 18th century, not to be a classicist was almost an act of blasphemy. Classicism was seen as divine: it reflected the building blocks of God's creation and the harmonies of nature.

But in the late 17th century, the circumstances for accurate recreation weren't promising. Little archaeological evidence was available for study, and much of what was still standing wasn't properly understood. There was only one available ancient text, the Roman architect Vitruvius's enigmatic Ten Books on Architecture, and too much was drawn from the much-publicised but mistaken efforts of Italian Renaissance architects.

In addition, in Britain's cities at least, much architecture was created not by altruistic visionaries or enlightened patrons but by jobbing builders and small-estate owners. This meant that throughout the Georgian period, most urban building was essentially a money-making exercise with houses erected as cheaply and quickly as possible. Most city buildings were intended to last no longer than the length of the building lease, usually around 80 years by the late 18th century.

So it is truly remarkable that we ended up with architecture that was so much more than just speculative dross. The cities and urban quarters created during the period – much of Bath and late 18th- and early 19th-century Bloomsbury in London, for example – are still models of harmonious urban living.

This was largely the result of continuity of craftsmanship. The gothic tradition, with its belief in sound and sensible construction, was still in the blood of British masons. Wander our surviving early 18th-century streets and look at the finely wrought brick window arches, the mellow brick and precise pointing or the well-cut stone, and the erudite door surrounds, the miniature porticoes leading into the sacred environs of the home.

The success of speculative urban developments was also due to the design of individual houses and to the wisdom of town planning principles. Houses now had a public and a private function. By the 1720s it was established that the design of individual houses should be subservient to the design of urban compositions as a whole, resulting in the type of palace front that John Wood gave to the north side of Queen Square, Bath in the late 1720s, where seven individual houses – built by different speculators – look like a single pedimented palace. In contrast with this public theatrical grandeur, the private interior world of the terrace house had a most practical, adaptable plan that made the best use of the available space and light and allowed a wide variety of uses.

Ideas about construction and design theory were spread through a welter of pattern books and manuals that appeared in ever growing numbers after 1720 as publishing became cheaper and demand boomed. The increasing literacy of the building trade did much to promote the visually restrained, proportion-based Palladian school of design that dominated British architecture from the mid 1720s to the early 1750s.

Palladian dominance produced an architecture that, while beautiful, had by mid-century assumed a certain repetitive blandness. But after 1750, discoveries about the ancient and primitive world, combined with the sensibilities of the Enlightenment, reinvigorated classical design.