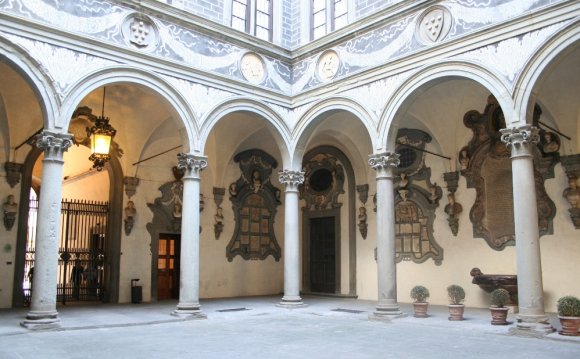 (i) Painting, sculpture and print-making
Both Northern European and Italian art ca. 1400-ca. 1700 constitute major areas of the Department’s research. Jean Michel Massing has researched numerous topics, including Classical art from Antiquity to the Renaissance, religious imagery (especially the Temptations of St. Anthony, from Schongauer to Bosch) and various learned iconographies, such as the Calumny of Apelles and the emergence of the emblem. More recently he has been working on the relationships between European and Non-European cultures, especially Africa and the Pacific, with articles on the history of cartography, the representations of foreign lands and peoples, and the collection of exotic artifacts. Paul Joannides is a specialist in the works of some of the greatest Italian Renaissance artists, including Raphael, Michelangelo, Titian and Parmigianino. Alexander Marr has undertaken research on Italy, France, Germany, the Netherlands and England. Specialising in the intellectual and scientific aspects of art, his work has included studies of artistic theory, collecting and display, print culture (especially history of the book), Flemish cabinet painting, and the visual and material culture of mathematics. Massing, Joannides and Marr all have lively groups of research students working in aspects of painting, sculpture and print culture of the period.

With Dr Mary Laven (History) and Dr Abigail Brundin (Italian), Deborah Howard is one of the leaders of the research project entitled Domestic Devotion: The Place of Piety in the Italian Home 1400-1600, funded by an ERC Synergy grant from 2013 until 2017. Other participants are Research Associate Maya Corry and PhD student Zuzanna Sarnecka. The project aims to demonstrate that religion played a key role in attending to the needs of the laity, through the examination of texts, images and objects. For more information visit

She has a long-standing interest in the relationship between architecture and its historical context, and has written extensively on aspects of patronage, cultural exchange and theoretical debates. She has also published studies of Scottish Renaissance architecture.

Alexander Marr has published on the role of mathematics in Renaissance and Early Modern architecture, particularly the production and reception of printed books in architectural theory and practice. He is especially interested in the ways in which architects, engineers, and other artisans read, digested, and deployed published written and visual sources.