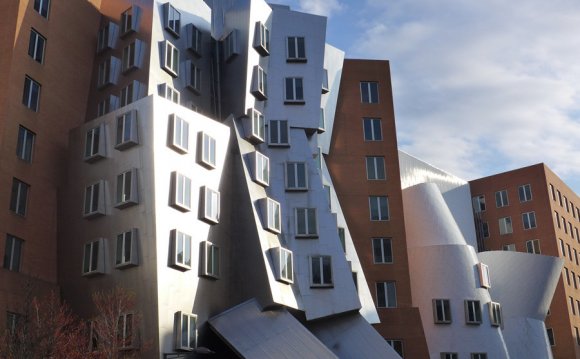 Thirty Dalton Street, a slim residential tower being built at the corner of Dalton and Belvidere in the Back Bay, is destined to rise 26 stories on a sliver of land just behind the Christian Science Plaza. It announced itself one day last fall, when a tiny piece of the future tower was erected on the site, made of that bluish reflective glass you see on literally every façade in Boston—the kind that unfortunate birds mistake for sky—and standard-issue metal panels, probably labeled “pewter” on the office sample. Formless, indistinct, ugly: another Boston skyscraper inspired by a Holiday Inn in Topeka.

The forest of elevator cores sprouting up around town tells us that we’re living in a once-a-century moment—a sugar rush of development unseen here since our parents’ parents’ time. But the dirty little secret behind Boston’s building boom is that it’s profoundly banal—designed without any imagination, straight out of the box, built to please banks rather than people. Renderings of 30 Dalton show how its panel-and-glass motif will create a relentless gridded box of windows from floor to sky: Click, copy, and paste. A few weeks after 30 Dalton’s miniature arrived on the site, the backhoes arrived to carve a foundation out of what had been a parking lot. A few feet away, the old brownstones of St. Germain Street—the ghosts of Boston’s long-lost architectural ambitions—hunkered down in 19th-century resignation.

Technology and innovation were supposed to power Boston’s next great age, but judging from our skyline, both were instead harnessed to spit out blank, emotionless towers. If we continue to do what we have done—what we are still doing now—then our negligence, and the passivity of a generation of builders, architects, and city planners, will be responsible for the most unremarkable design period in Boston’s history. For years, few have cared that our buildings look more like executable spreadsheets than good citizens.