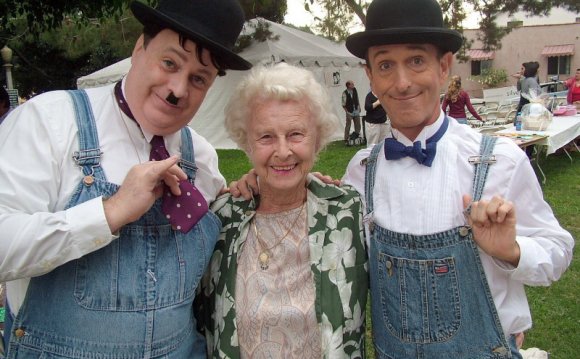 Every now and then, when I tell someone I live in Los Angeles and work for the National Trust for Historic Preservation, I’ll get a perplexing response: “What’s historic in Los Angeles? What is there to preserve?”

For the next couple months, I will point any skeptics I meet to the current Getty initiative, Pacific Standard Time Presents: Modern Architecture in L.A.

Following on the heels of the expansive Pacific Standard Time: Art in L.A., 1945-1980, the 2011-12 Getty initiative that examined the birth of the city’s art scene, this latest collaborative event is slightly smaller in scope, with 11 exhibitions at nine different venues throughout the region, plus an array of programming and events hosted by leading cultural institutions, including biking, driving, and walking tours; lectures and panel discussions; performances; films; and more.

And all to celebrate Southern California’s modern architectural heritage.

One of the highlights this year is the Getty’s own exhibition, Overdrive: L.A. Constructs the Future, 1940-1990, co-organized by the J. Paul Getty Museum and the Getty Research Institute. Using drawings, photographs, models, videos, and visual art, it’s an all-encompassing look at Los Angeles’ evolution, post-World War II, as well as its global influence. Most impressively, it’s the first major exhibition to survey the city’s built environment. Prepare to spend hours there.

The exhibit, broken down into five sections, opens, fittingly, with a look at the city’s car culture. Drive-in movie theaters, gas stations, car dealerships, strip malls, and even a drive-in church are all examined, as are the architects who brought these iconic structures to the city, including Louise Armet, Douglas Honnold, and Wayne McAllister. Photographs and drawings of the ‘50s and ‘60s “Googie” coffee shops - those colorful, angular, Jet Age structures that seem to come straight from an episode of The Jetsons - were, to me, among the highlights.

The other sections in this exhibition include:

As I left the Getty, it struck me that the exhibition, and really all of Pacific Standard Time Presents, is just as much a celebration of the city’s beloved architectural icons as it is a reminder of what has been lost. Some of Los Angeles’ most amazing structures met the wrecking ball long ago, and all that remain are sketches, photos, and memories. Others still stand, neglected, underused, or in flux.

I certainly hope all who explore the many exhibitions and events surrounding Pacific Standard Time Presents: Modern Architecture in L.A. are left with a renewed sense of pride in the city’s architectural heritage and a stronger commitment to ensuring its survival.

Throughout the next several weeks, I’ll be immersing myself in this heritage, exploring a number of events and exhibitions related to Pacific Standard Time Presents: Modern Architecture in L.A. You can follow my journey here, as I report back on what I learn.