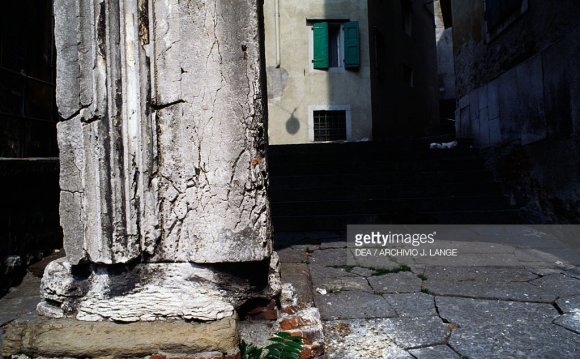 This course is an introduction to the great buildings and engineering marvels of Rome and its empire, with an emphasis on urban planning and individual monuments and their decoration, including mural painting. While architectural developments in Rome, Pompeii, and Central Italy are highlighted, the course also provides a survey of sites and structures in what are now North Italy, Sicily, France, Spain, Germany, Greece, Turkey, Croatia, Jordan, Lebanon, Libya, and North Africa. Some of the learning materials have been adapted from the Roman Architecture course recorded for Open Yale Courses; others are new. The lectures are illustrated with over 1, 500 images, many from my personal collection

· It Takes a City: The Founding of Rome and the Beginnings of Urbanism in Italy

· Technology and Revolution in Roman Architecture

· Gilding the Lily: Painting Palaces and Villas in the First Century A.D.

· The Prince and the Palace: Human Made Divine on the Palatine Hill

· The Mother of All Forums: Civic Architecture in Rome under Trajan

· Rome and a Villa: Hadrian’s Pantheon and Tivoli Retreat

· The Roman Way of Life and Death at Ostia, the Port of Rome

· Term Project: Design Your Own Roman City Project (500 words and city design drawings due by 11:30 PM EST on Monday, November 9)

· Bigger is Better: The Baths of Caracalla and Other Second- and Third-Century Buildings in Rome

3. Technology and Revolution in Roman Architecture