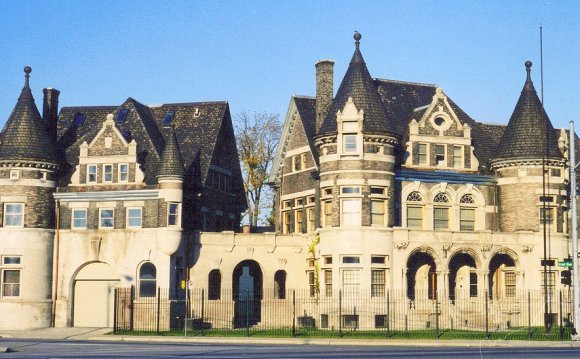 Tom Mayes, a 2013 Rome Prize winner is Historic Preservation from the American Academy in Rome is back in Washington, D.C., these days. But he hasn't stopped thinking and writing about why old places matter. His series of essays about his experiences and research continues here.

People love and revere old buildings for their art and craftsmanship—and for the way they make us feel. As a boy, I was fascinated by an old house that my father’s friend, Jim Withers, used as a barn. From the outside, it looked like a relatively modest, two-story house. It was dilapidated, to say the least—the glass was missing from almost all of the windows, and the shutters sagged from their hinges. But inside, there were all the marks of an architect or master builder. The high-ceilinged rooms had hand-carved woodwork, and the wide mantelpieces were supported by intricate molding. Decorative brackets unwound in a spiral on the edges of the steps of the curving stair. The woodwork, the relationship of the woodwork to the tall plaster walls, the size and height of the rooms, all felt like part of something whole. I didn’t know then why the house made me feel the way it did, but I later learned that I was probably experiencing—despite the bales of hay stacked in the rooms—the concepts of proportion, balance and harmony, as well as the marks of time.

The feeling I felt in Jim Withers’ old house is a feeling many of us experience when we’re in the presence of certain buildings—that complex web of emotions from wonder to comfort to nobility to delight. It’s the reason that people fall silent under the oculus of the Pantheon in Rome, or stare awestruck at the Farnsworth House. It’s the reason people travel to see the Taj Mahal, the Empire State Building, or the relatively unknown residential masterpieces of Louis Kahn. It’s the magic of architecture.1