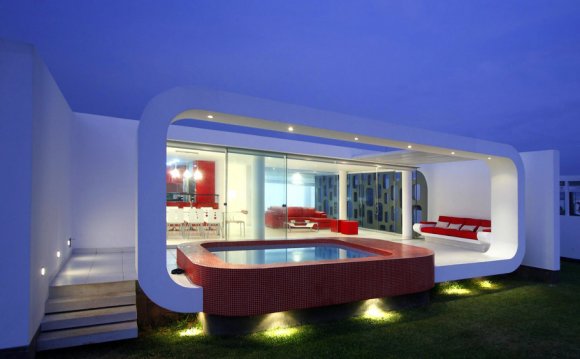 On the eve of the completion of the Lantern House, Feldman Architecture and Northwall Builders welcomed friends and colleagues into the Palo Alto home to celebrate the culmination of their joint efforts. The late-October evening was warm enough for guests to mingle on the patio and stroll out onto the lawn. Inside, they explored the expansive basement quarters and marveled over the master bedroom’s wide windows opening over the backyard. Among the partygoers was the home’s owner, an entrepreneur and graduate of Stanford Business School who lives and works in Southeast Asia. He had flown in for the week to see his nearly-finished home, a trip he had made only sporadically throughout the house’s design and construction. Indeed, the distance between the client’s home and the Lantern House in Palo Alto had created a new kind of collaborative design process: one mediated by video conference calls and fourteen hours of time difference. At first, these challenges seemed daunting to the Stanford alum, who had always appreciated the proximity to the projects he’d been a part of in the past. “I actually like to crawl on the floor and look at the lines, ” he explained. “The inability to do that was very tough.” In order to collaborate on a project without regular visits to the site, he had to “redo his psychological disposition.”

Soon, though, he learned that collaborating remotely still afforded him the ability to engage extensively in the design process. And, he learned to trust his team from afar; “The good thing is that I had absolutely the right team, ” he says. His design team was “rockstar, ” his architects were “topnotch, ” and their ability to work together was their most important attribute. Feldman Architect’s Steven Stept, in particular, he says, possessed the ability to merge multiple teams into one: “Steven thinks two steps ahead. Not only did the client learn that collaborating across a great distance was both possible and rewarding, but he developed new aesthetic preferences, as well. At the start of the design process, the home’s grey color scheme was never at the top of his priorities. Now, he’s copied the Lantern House’s palette of “greys and whites mixed in with a little bit of glass” for his office in Southeast Asia. Similarly, he was unfamiliar with roof gardens before working with Feldman, and is now very much taken with the concept and intent on installing lights in his own. The most impressive feature of the new house, though? The kitchen, says the client. “I come from a place where the kitchen is tucked away and covered. In America, the architecture is built around the kitchen, ” he observed, referencing the home’s great room that includes both cooking and living areas and opens onto a covered patio through sliding glass doors. As the largest room in the house that is filled with natural light during the day, it is certainly the hub of the home.

During the process of designing and constructing the Lantern House, the client learned that his work would require him to delay his move back to the Bay Area; he would have to rent the house for 2-3 years before moving in himself. This knowledge – that he was building a house for strangers in addition to himself and that his move to Palo Alto would not come on the heels of the project’s completion –- added a new challenge to the design process. “It’s been difficult to be detached emotionally from the project, knowing it’s going to people who will not love it as much as I would, ” he explained. On the evening of the celebration, he was left with mixed feelings – thrilled to see the physical structure built from his ideas, disappointed that, at the end of that October evening, he would leave right alongside the rest of the party’s guests.